A MAN has been shot and killed by police following reports of a man entering a bank and a bookmakers with a firearm.

The Metropolitan Police said they were alerted to the reports at the bank in Kensington, West London.

Loud bangs were heard earlier just moments from Kensington Palace after police were scrambled to the scene.

Cops flooded the streets with blue lights as they responded to the incident at the junction of Kensington Road and Palace Gate in London this afternoon.

A spokesperson for the force said: “At 15:04hrs on Saturday, 11 December police were called to reports of a man with a firearm seen to enter a bank and bookmakers in Marloes Road, W8.

“The man was then seen to get into a vehicle and leave the area.

“At 15:19hrs, armed officers stopped a vehicle at the junction of Kensington Road and Palace Gate, SW7.

“Shots were fired and a man sustained gunshot wounds.

“The London Ambulance Service and London Air Ambulance were called and the man was treated at the scene.

“Despite the best efforts of the emergency services, he was pronounced dead at 16:08hrs.

“Efforts are under way to confirm the man’s identity and to inform his next of kin.”

The Independent Office for Police Conduct has been informed. 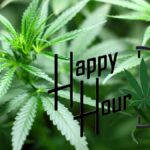 Full cannabis legalisation on a high 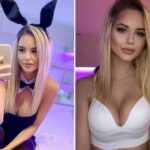