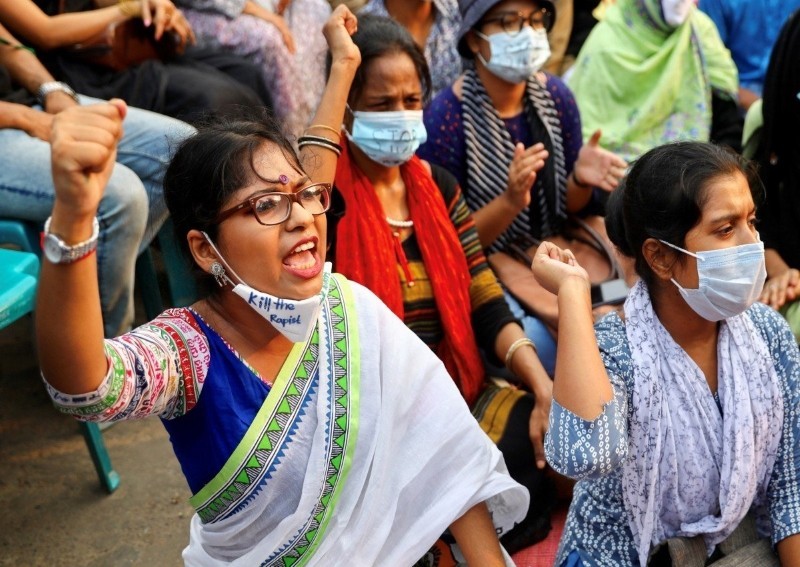 Protests rocked Bangladesh on Saturday as hundreds of people took to the streets to demand justice in the wake of a series of rapes and sexual assaults that have spurred the government to seek capital punishment for offenders.

Sex crimes have surged in Bangladesh in recent years, with gang rapes accounting for more than one-fifth of the nearly 1,000 attacks reported between January and September, said human rights group Ain-o-Salish Kendra.

That was similar to the number of rapes reported during the same period last year, but up from 2018. Campaigners, however, say the real number is much higher, with many women reluctant to report sexual assaults.

Hundreds of Bangladeshis took to the streets of Dhaka and other cities this week to protest, demanding safe spaces for women and the arrest of rapists after the video circulated on social media.

“Hang the rapists,” shouted protesters gathered in the capital Dhaka and elsewhere, hundreds of students among them. Many carried placards bearing messages such as “No mercy to rapists” and “Please tell me, am I next?”.

The protests have prompted the government to consider introducing the death penalty for offenders, with the cabinet set to receive a proposal for urgent amendments on Monday.

“We are making the proposal on Prime Minister Sheikh Hasina’s orders,” said Law Minister Anisul Huq. “We want to make sure those who are guilty get the highest punishment.”

Saturday’s demonstrations were sparked by a video of a group of men stripping and attacking a woman for almost half an hour in the southeastern district of Noakhali.

An investigation by an autonomous state body, the National Human Rights Commission, found the woman in the video had been raped repeatedly and terrorised with weapons by one of the group over the last year.

Police have arrested at least 10 suspects in connection with the video, said Alamgir Hossain, police superintendent in Noakhali, the southeastern city where the footage was shot.

Two weeks earlier, the alleged gang rape of a woman in a student hostel in the northeastern city of Sylhet sparked similar street protests and calls for the government to take steps to tackle sexual violence.

Activists blame the increasing rapes on a lack of awareness, a culture of impunity and protection of suspects by influential individuals for political reasons.

“The Bangladesh government needs to listen to women,” said Meenakshi Ganguly, from Human Rights Watch, on Friday. “The government should ensure that all sexual assault survivors are treated with dignity.”

On Saturday, Huq, the law minister, vowed legal action against the criminals regardless of their political ties, saying he aimed for their punishment without “unnecessary” delays.

The toughest penalty for rape in Bangladesh is life imprisonment at present, but women’s rights activists have said the government should ensure proper implementation of the current law as opposed to solely focusing on making it stricter.

Even when survivors file a complaint, prosecution is very rare and takes years to complete.

The United Nations and rights groups have called for urgent reform of the criminal justice system to ensure perpetrators are held responsible.

“Focusing solely on capital punishment won’t work … Our Women and Children Repression Prevention tribunals are overburdened. The number of courts need to increase,” she said. “We also need to focus on victim protection. Several other aspects related to this law need to be updated.” 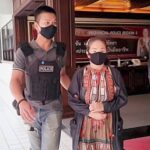 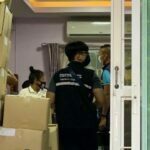