Home » Bangkok’s seedy side, where sex with an 83-year-old is available for $10

Thai Rath reported on Bangkok’s seedy side of paid sex with pensioners that exists in increasingly large numbers on the streets of the nation’s capital.

Speaking to an expert on the homeless, they said that in some areas 60% of the prostitutes on the street were “old aged”. Children were also available for a few hundred baht.

Many of Bangkok’s homeless offer sex with some catering to unusual tastes – like people who want to have sex with pregnant women and the mentally deficient.

Thai Rath were talking to Atchara Sorawaree from a protection agency for the homeless who came up with some startling statistics.

This was up 175 from 2016 with the authorities believing economic factors are to blame.

People on the streets were classified as permanent vagrants, temporary homeless, alcoholics and those who are mentally ill among other groups.

There were even 20 foreigners recorded as part of their number.

Many were abandoned as children and took to the streets, said Atchara, who went on to describe an alarming situation in the inner city area of Rattanakosin Island where sex is for sale from vagrants and the homeless.

She said that there are 800 – 1000 people selling sex in the area and 60% are classified as old aged. She said that handing out condoms to the workers had revealed the ages and why many were on the street.

The oldest woman was 83 and was still selling sex. The youngest girl was 12.

Some of those selling sex actually had money and were the wives of military men getting 30,000 baht a month from their husbands. She said they did it for comfort after feeling abandoned.

While others were even civil servants from the provinces who came to Bangkok to try and get money to pay credit card debt of up to 2 million baht.

Customers after bizarre sexual experiences knew that they could have sex with women who were pregnant or those of both sexes who are mentally ill or sick in some other way.

Atchara said that it was time that the authorities recognized the situation and set up zoning for such prostitution to help protect those engaging in such activity.

She described a situation where many of the homeless without relatives or friends were simply dying on the streets of Bangkok and being cleaned away like trash. 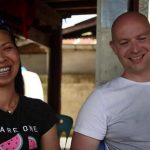 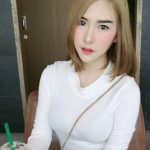 The dangerous life of a BANGKOK PRETTY