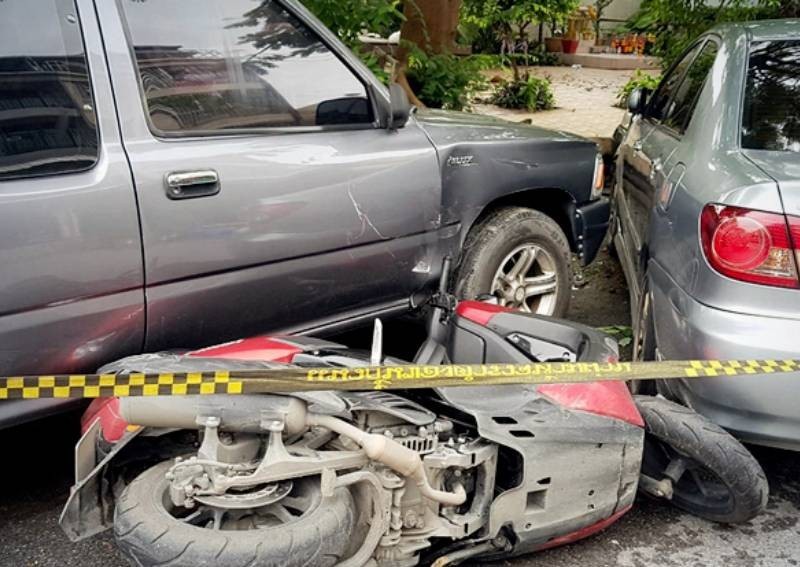 Bangkokian takes knife to former girlfriend in fit of jealousy

A Bangkok resident attacked his former girlfriend with a long knife leaving her with 10 deep wounds, and also tried run her current boyfriend over with his car in a fit of jealousy.

On Monday, Bangmod Police Station learned that two people had been injured in Chaikul Village in the capital’s Chom Thong district.

Officers arrived to find a motorcycle hit by a Toyota car and chunks of hair and bloodstains near a spirit house.

The attacker’s former girlfriend, who had sustained cuts to her neck, body and arm, had been taken to hospital before the police arrived. The 21-year-old victim’s name is being concealed for privacy.

Her boyfriend, Natthapol Yoosri, 22, told police he was heading to the house to pick up his girlfriend, when her former boyfriend Puwadol Sisee, 28, hit his motorbike before dashing into the house to attack the woman with a long knife.

Puwadol fled when neighbours showed up at the scene and later surrendered to police and handed over the knife.

The attacker faces charges of intention to murder, damaging other people’s asset and carrying a weapon without permission in public.

Natthapol said his girlfriend had left Puwadol because he frequently hit her and reasoned that he had attacked her out of jealousy. 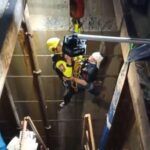 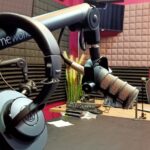