Police in Bangkok have arrested a 36 year old taxi driver who threatened a female passenger with a box cutter in his cab and stole her necklace and amulets.

The driver said he needed the money for his child’s school uniform.

Fifty eight year old Phasiri Janthranet went to the police on Thursday afternoon after the driver of cab number 3238 stole from her in the area of the Kritsana housing estate in Saphan Soong.

They found Siwaphon relaxing at home.

He admitted what he had done. He said that during the journey he had seen his passenger wearing what looked like an expensive necklace and amulets and he reckoned he could get a good price for the items.
He used a box cutter to threaten her.

He said it was near the start of the school year and he did not have enough cash for his daughter’s school uniform. 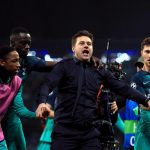