The Bangkok Metropolitan Administration (BMA) is preparing venues for this year’s LoyKrathong festival, with main events taking place at the Rama VIII bridge and along Khlong Ong Ang Canal.

30 parks will be opened for the general public to float their Krathong floating bouquet. Event-goers are asked to only use bio-degradable Krathong and only one Krathong per family.

Departments within the BMA yesterday held a meeting to prepare for this year’s Loy Krathong festival on 11 November.

City Hall will be holding events promoting the conservation of Thai culture and relations between the people and water, with safety and concerns for environmental impacts in mind.

Observers are encouraged to only use Krathongs made from natural materials, and only float only one Krathong per family to reduce waste.

30 public parks will be opened from 5 p.m. to midnight on 11 November, allowing the general public to come and float their Krathong.

BMA staff will begin cleaning up the Krathongs from parks and on Chao Phraya River from 8 p.m. until 5 a.m. the following morning.

District offices and the Department of Drainage and Sewerage will be responsible for the cleanups in local canals.

From 6-9 November 2019, the BMA will be co-hosting UFI Global Congress 2019 in Bangkok, with a dinner for event participants to be held at the Anantra Riverside Bangkok Resort on 6 November 2019 from 7:30 p.m. to 10 p.m., followed by an evening river cruise on the Chao Phraya River on 7 November, when participants will also be visiting Wat Phra Chetuphon Temple and Museum Siam. 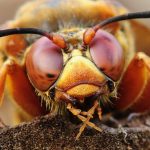 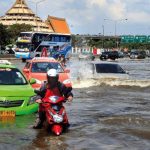