The PCD on Thursday reported that air quality in at least two areas of the capital has dropped so much that it will adversely affect health. 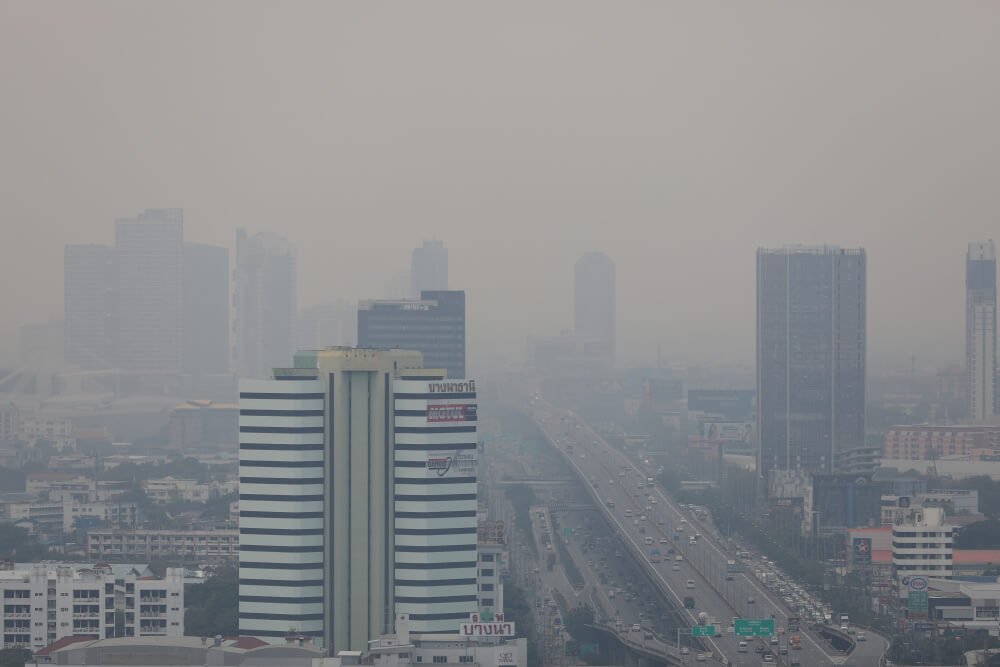 “People are advised to avoid staying outdoors. If they need to go out, they should wear a face mask,” it announced.

The PCD has issued a warning based on the amount of PM2.5 or particulate matters smaller than 2.5 microns.

According to the PCD, air quality has also dropped in 17 other areas of Bangkok and it will start affecting health.

The PCD added that air pollution would worsen on Friday.