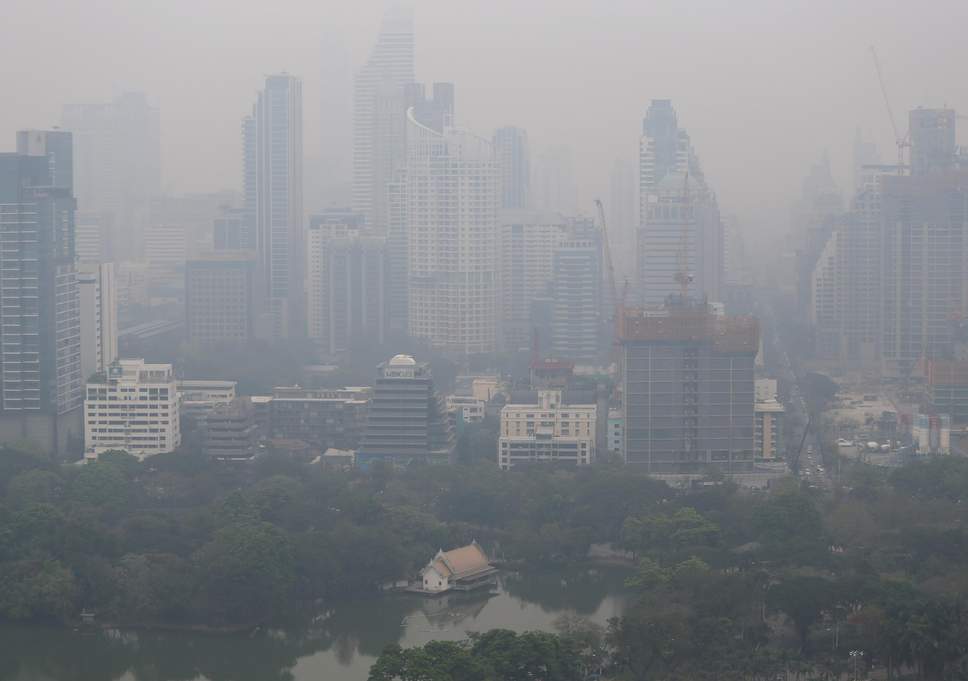 Meteorological Department director-general Phuwieng Prakhammintara said the sky had cleared over the city thanks to a reduction in small dust particles.

“But the situation will worsen from January 29 and 31 when there will be no rain in Bangkok,” he said.

As of 10am Sunday, the number of areas in Greater Bangkok with PM2.5 above the safe limit of 50 micrograms per cubic metre of air had dropped to 11 from 41 the day before.

The level in Bang Khen district was 59 micrograms, and along Rama II Road in Muang Samut Sakhon 73 micrograms.

Samut Sakhon Governor Somkid Chantamaruek supervised the spraying of water in front of the provincial hall on Sunday. Similar efforts were underway in other corners of the province.

“We’re carrying out operations in risk areas, such as along Rama II Road,” Somkid said. “We’re trying to lower the dust volume as much as we can.”

He had instructed local administrative bodies to clean roads daily to help curb the dust, and “industry officials” were carefully monitoring factories for hazardous emissions.

Somkid said the province hadn’t yet tried creating artificial rain because weather conditions have been unsuitable.

“Besides, salt farmers are worried the rain could adversely affect their output,” he said.

Nonthaburi Governor Panu Yaemsri launched anti-dust operations on Sunday morning that included water being sprayed by remotely controlled devices, from the back of pickup trucks and from airborne drones.