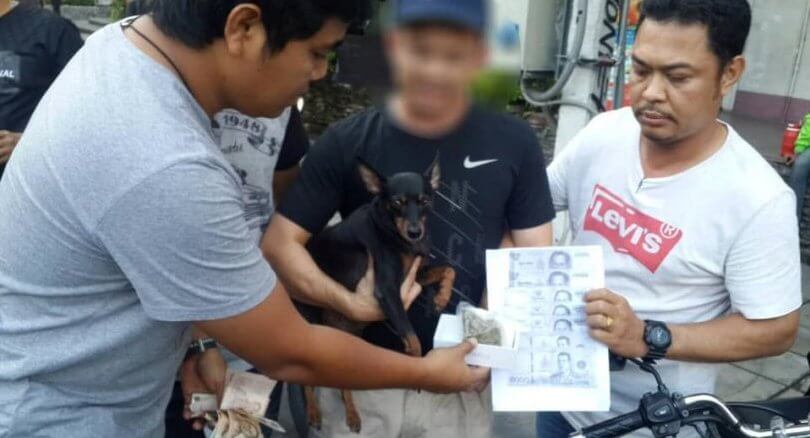 A former English teacher out on bail for allegedly selling home-grown “organic marijuana” was arrested on Sunday on the same charge.

Pol Col Kachornpong Jitphakpoom, commander of Thong Lor police, said Joseph Sodsaikij, 47, was arrested in a sting operation at a mall on Soi Sukhumvit 55 in Bangkok’s Vadhana district while allegedly delivering 12.6 grams of marijuana to an undercover policeman.

A search of his rented room in Phayathai district uncovered 43.3 grams of crystal meth along with plastic bags and packaging equipment.

Joseph was arrested on January 4 for allegedly growing marijuana plants in his previous apartment in Din Daeng district, which was just 400 metres from Office of Narcotics Control Board headquarters.

Police said he admitted ordering cannabis seeds from overseas and cultivating 300 or 400 plants at a time, then selling the cuttings online.

He purportedly said he quit his job teaching English at an international school to sell what he advertised on Facebook as “organic marijuana” and had been doing so for several years.

Released on bail pending trial, he said he began selling cannabis again because he had no other source of income.

The crystal meth, he said, was for his own use.