Home » Erase your memory: Bangkok to change numbers of its 269 bus routes 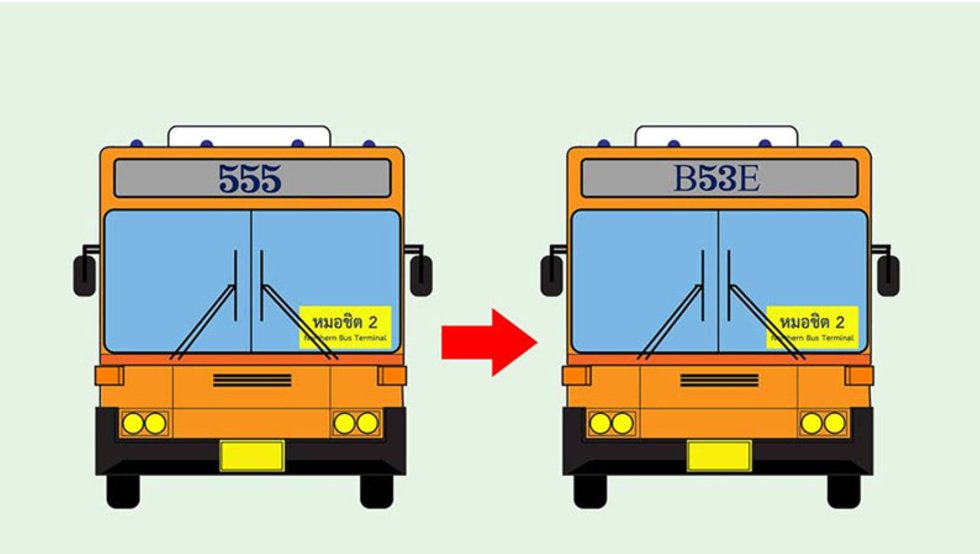 Erase your memory: Bangkok to change numbers of its 269 bus routes

Bangkok has planned to adjust and change the numbers on 269 of its bus routes to correspond to new train stations in the future.

This month, eight bus routes have started using their new numbers as a trial, to make sure citizens are prepared for the change. The buses must have clear signs stating where they stop, reported PPTV.

All of the new numbers will have one or two English letters in them to designate the zones in the city and help tourists. For example, Bus 555, which runs to Suvarnabhumi Airport, will be changed to B53E.

Wait, is this supposed to be easier for us to remember, right?

While it hasn’t been revealed what each English letter stands for, Thai netizens are already moaning about them, as many locals cannot read English.

“Are the English letters necessary? Do we need to know which bus runs in which zone?” a Facebook user commented.

“I think it’s better to just have numbers. Some Thais don’t know English, but I agree with adjusting the routes to serve the future BTS stations,” another user said.

“The old people who don’t read English are doomed. What are they gonna do? Meanwhile, Thai education is not developing,” said a very realistic netizen.

Rotmaethai, a Facebook page that informs the public of news about buses, has published the new numbers for the 269 routes. It has not been reported when the city will implement the changes.