Home » Baht bus mice play while the cat’s away 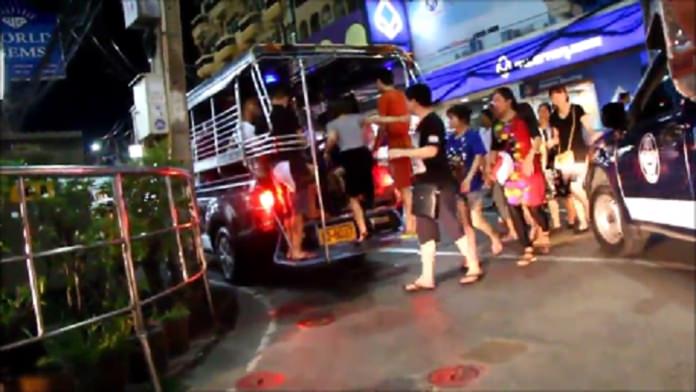 PATTAYA – In a classic example of mice playing while the cat is away, Pattaya baht buses again are parking wherever they want after the military failed to enforce its bus stop dictate.

The military spent most of last year flexing its muscles to bring the unruly songthaew system into check, forcing the pickup truck taxis to drive specific routes, stop only in painted zones and adhere to set fares. At the same time, the army said it would move motorbike-rental vendors off the streets and reorganize rental-car booths.

The military did neither of the latter two and only enforced the baht bus-related edicts for a few months. The army staged a one-day “crackdown” in February and has done nothing since.

On May 11 it was business as usual, with songthaews stopping anywhere to pick up or drop off, rental bikes taking up parking spots and nobody fearing an appearance from the boys in brown or green.