A respected Muslim cleric is in the spotlight after a video of him mistakenly praying for Prabowo Subianto to become “a leader” during an event attended by President Joko “Jokowi” Widodo went viral on the web.

The cleric, Kyai Maimun Zubair, was sitting next to the President, who is seeking greater support from Muslim voters, when he was closing the event with the prayer, in which he mistakenly prayed for Prabowo.

Maimun, who reportedly backed Prabowo in the 2014 presidential election, was reading the prayer from a yellow sheet of paper, tempo.co reported. The prayer was in Arabic, but one line that sparked the whole fracas could be translated to, “Dear God, this is a leader, this is a leader Prabowo, please let him be, dear God.”

After the prayer, the event’s host announced that Jokowi and the first lady, Iriana Widodo, were about to leave the room, which is when Maimun said another prayer in Arabic, this time mentioning Jokowi’s name, in an apparent effort to correct the blunder.

“I am an old person. I’m 90 years old,” said Maimun after the short prayer, “But with this, I am hoping for the one who sits beside me, Pak Jokowi.”

The statement was met with applause. The Islamic scholar then left the stage, helped by Jokowi.

On Saturday, United Development Party (PPP) deputy chairman Arwani Thomafi asked people to see the whole video, as there is a short version of the video which only shows the part where Maimun mentions Prabowo’s name.

In a written statement, Arwani argued that Maimun prayed for Jokowi to be president for the second time.

“If the prayer were for someone to be a presidential candidate for the second time, then it would have been for Prabowo,” he said, as quoted by tempo.co. 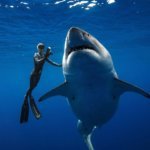