Home » Man, 55, killed by python he tried to keep as pet in glass jar

A man was killed by a wild PYTHON after he caught it at the weekend and tried to keep it as a pet – in a large glass JAR.

Sawan Tabklai, 55, captured the 121ft-long long snake as it slithered around his family home in Sukothai province in the early hours of Saturday morning.

He crammed it into a large glass jar at the family home. But when he went to feed it, the snake bit his hand. It then escaped from the jar and wrapped itself around the man’s neck as he screamed for help.

Sawan’s sister Pilada Tabklai, 63, rushed down to the horrifying scene of her brother being suffocated by the snake. She attacked the snake with a knife, cutting its head, as she battled to free her brother without success.

Rescuers arrived too late and Sawan was already dead. They caught the snake and crammed it into a sack to be destroyed.

Pilada said: ‘’I don’t know why my younger brother was keeping the snake. He found it three or four days ago and put it in a jar at the home.

‘’I heard him shouting and saw he had been bitten by the snake. It was coiled around his body and I couldn’t get it off.

‘’My younger brother had kept the snake in a big jar since he caught it. Yesterday he put his hand in to give the snake some food. I think it was chicken.

‘’He had a big cut, so I think that was when the snake bit his hand and escaped.

”It was horrible when I saw him. It has like a nightmare. Like a very, very scary dream. I tried to help get the snake away but could do nothing. I called neighbours for help.

‘’I’m so sad, it is a terrible thing to happen. I’m still in shock. My brother would never have wanted to harm the snake. He loved snakes.’’

Police Lieutenant Colonel Surapong Salasit from the Kong Krailat district police station said the cause of death was strangulation.

He said: ‘’Officers arrived and found the 55-year-old man already dead under the house. He was not wearing a shirt and had black trousers on.

‘’There were snake bite marks around his left hand and his neck was red like a severe band mark. The doctor performed an autopsy and the cause of death was due to lack of oxygen.

‘’The python was three and a half metres long and strangled him until he died. Neighbours and rescue workers helped to put it in the bag.

‘’We presume it was caused by a combination of the python’s wild instincts and that it was hungry.’’ 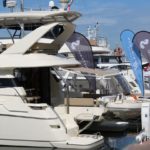