Why does hope often accompany the New Year? Is it because of the chance of a clean slate? More often than not, a clean slate is not possible in life or society, and we carry our individual or collective pasts with us.

Some say it’s the festive holiday season that imbues us with hope. This may actually be a result of the excessive drinking and merriment releasing undue quantities of endorphin.

No matter what you may think, hope is what keeps us alive, or at least, free of depression.

Some may say there’s not much to hope for when it comes to Thai politics and its prospects. We are moving closer toward year four under a military dictatorship, and it’s far from conclusive as to how much longer Prayuth and his armed men in uniforms will occupy the government.

Even if Prayuth were to keep his promise this time about holding elections next year, the Upper House will still be virtually all handpicked by the dictator.

So what’s there to be hopeful, New Year or not? Isn’t the battle, if not the war, lost?

In the name of hope, I would like to draw our dear readers’ attentions to the following points:

First, the fact that three and a half years on, the military junta must maintain its ban on political gatherings and activities means it has not won the hearts and minds of a good number of Thai citizens.

This whole appearance of normalcy and acceptance of military rule is largely based on repression and threats of prosecution, if not persecution, of its opponents.

Lately, members of the Democrat Party, long-perceived by its critics as cannon fodder for the 2014 coup, are finally waking up to the reality that the military regime is trying to undermine its political base. This is welcome news and a source for hope.

Second, is for us to recognize that the current dismal state of Thai politics and society is only a short span of time, considering the evolution of society will outlast all of us.

Many cathedrals took centuries to build. The construction of Germany’s superlative Gothic Cologne Cathedral for example, commenced in 1248. By 1473 – two centuries later – it was halted and left unfinished. Construction only resumed in the 19th century and was completed 1880.

Thailand’s democratic development has halted, stagnated and even been on retreat several times over the past eight and a half decades since the revolt which ended absolute monarchy in 1932.

We must have faith that the future can be brighter, not with or without Prayuth, but just without dictator Prayuth. Our task as Thai citizens is to ensure that Thailand doesn’t sink deeper into the dictatorial abyss.

I don’t really know if I, or we, shall ever see a full-fledged democracy in Thailand as many have become more accustomed to living in Juntaland. That doesn’t mean we should just throw in the towel and reduce ourselves to subjects of one erratic dictator after another. (Prayuth promised Tuesday to be less grumpy next year, btw.)

I hope that together we can hold our ground and defend the little freedom we have left. By May, the junta will have usurped the sovereign power of the people for a full four years, a full term an elected government could ever hope to achieve before mandatory fresh elections would have to be organized.

To say the junta has overstayed its welcome is inaccurate, for many never welcomed them from the start in 2014.

I still have hope that together we can revive and strengthen our nascent democratic culture and norms.

In the worst-case scenario, it is still possible that even without a properly functioning democracy – free of the meddling of rogue generals, money politics, megalomaniac politicians – whatever effort we put into constructing democracy will be appreciated and built on by those who follow.

As we embark upon yet another new year, let us be realistic while maintaining our optimism.

May the new year be better not just for Thailand but the world! May the world be freed of repression and war. May we leave hatred and bigotry behind. May we regard those who offend or repress us not as enemies but as fellow human beings that need to be convinced otherwise. 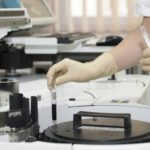