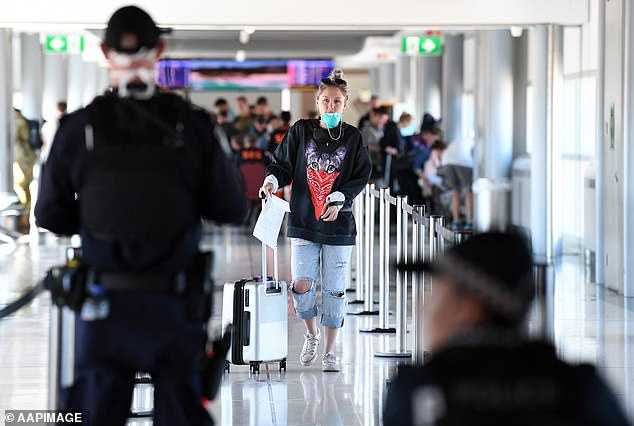 Australia’s first set of coronavirus restrictions are set to be lifted within weeks – but overseas holidays will have to wait until October at the earliest, experts have said.

State and federal leaders will meet on May 11 to discuss which measures will be the next in line to be relaxed, following the flattening of the COVID-19 curve in recent weeks.

Queensland and WA will begin easing some rules from this week, while NSW announced on Tuesday it will start reducing isolation by allowing two people to visit another household.

Interstate travel could be allowed without restrictions as early as August if infections stay low, experts predict.

But Australians wishing to travel internationally after the pandemic should not expect to do so until spring or summertime, as officials warned the international travel ban won’t be lifted for another six months, at the earliest.

In the latest update on coronavirus restrictions, the federal government said the international travel ban is expected to remain in place long-term, but domestic travel is likely to restart sooner depending on the situation in each state.

An exception could be travel to New Zealand, with the government considering establishing a trans-Tasman bubble allowing travel to and from Australia.

Infectious disease expert Professor Peter Collignon told Daily Mail Australia that prohibition on international travel to and from Australia is likely to remain in place  until after winter.

There’s a possibility Australians could begin to take interstate holidays sooner  by August or September – if infection rates remain low.

‘Domestic travel (including NZ) will start up again much easier providing we can keep our infections rates low here, plus lots of testing, washing hands, no big crowds and physical distancing,’ he said.

Mr Collignon said the decision to restart international travel will also depend on what happens ‘next winter in Europe and North America’, and whether infections will spike again.

He speculated an overseas holiday could be possible before Christmas if things break the right away around the world.

The earliest would be October, but only to certain locations and with extreme inconvenience, he predicted.

‘You would only be allowed to go if it was a relatively safe place but you’d have to put up with being quarantined for two weeks when you get back,’ he said.

Quarantine on return would be necessary for the next 12 months at least as even a few infected travellers could start a new outbreak.

When this would be possible depends on how other countries go combating coronavirus and if Australia is satisfied with their efforts.

‘We need better data to make sure where you’re going is an area of relatively low transmission and right now we don’t have it for anywhere because there’s not enough testing,’ Professor Collignon said.

On Monday, Home Affairs Minister Peter Dutton floated the idea of opening Australia’s borders to New Zealand as the ‘logical first step’, after both countries have seen success in containing the virus.

But when it comes to opening the borders to other parts of the world such as the US or UK, ‘that will be sometime off,’ he warned.

Mr Dutton credited Australia’s success in containing coronavirus to the swift action it took in closing its borders.

For that reason, border closures are considered the country’s best defence and are unlikely to be reopened until the spread of the disease is completely under control.

Australia’s top medical officer Brendan Murphy said he wants to see fewer than 20 new cases of coronavirus each week – or ideally none – before the nation starts easing restrictions.

Professor Murphy said the nation cannot be complacent as long as any new coronavirus cases are being found.

But Australia can be more confident if testing is expanded to include people without any symptoms and contact tracing is ramped up.

‘Even if we release restrictions in the future, people need to change the way they interact permanently,’ Professor Murphy said.

States are already moving to ramp up testing, with Victoria aiming to test 100,000 over the next fortnight, double the number it has checked so far during the pandemic.

Australia’s coronavirus death toll has risen to 84 after another Newmarch House resident died.

The 89-year-old woman’s death is the seventh at the western Sydney nursing home.

Australia continues to have a low rate of new cases, with 6,720 people diagnosed with the virus to date, rising by just nine nationally on Monday.

Australian Industry Group has welcomed the government’s suggestions to reopen borders to New Zealand but questioned why the borders between Australian states can’t be reopened immediately and take down inconsistent and overly cautious cross-border barriers.

‘It should not be easier to get from Sydney to Wellington than it is get from Coolangatta to Tweed Heads,’ chief executive Innes Willox said in a statement on Monday.

‘When we eventually can holiday again, wouldn’t it be better for our local economy to take a break in Broome or the Flinders Ranges rather than go skiing in Queenstown?’

Mr Willox agrees Australia has made substantial progress over recent weeks in slashing rates of infection and has addressed more comprehensively the major risk of returning overseas travellers.

‘In the light of these developments the internal cross-border barriers are now presenting as an overly-cautious and unnecessary brake on the movement of goods, services and people,’ he said.

‘Borders should be reopened fully with the continued understanding and strong messaging that the community and business are expected to adhere to all health and social distancing requirements.’

He praised the national cabinet for being highly effective in generating universal agreement on many issues.

But when it comes to internal borders, he said the states and territories have gone it alone, resulting chaotic outcomes for many national businesses and residents, particularly those living close to the borders.

‘If we are to restart the economy properly, we need to reach back to the inspiration of Federation and the idea of free trade and movement of people between the states,’ Mr Willox said. 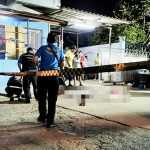 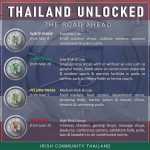