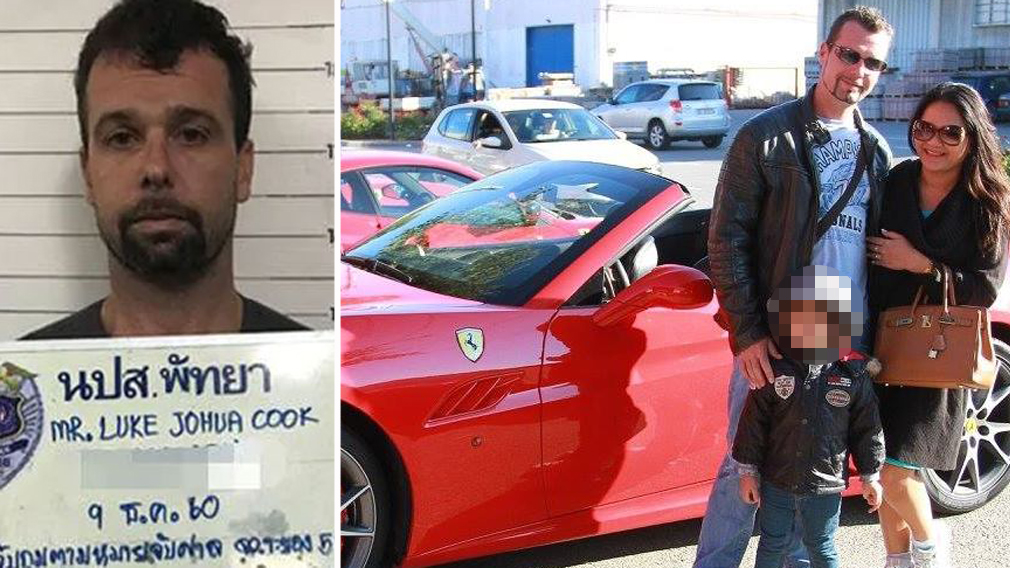 Australian man Thai wife: Perth man Luke Cook and his wife have been sentenced to death in Bangkok over a failed bid to smuggle half a tonne of crystal meth into Australia via Thailand.

A Perth member of the notorious bikie group Hells Angels and his wife have been sentenced to death in Thailand for trying to smuggle half a tonne of crystal methamphetamine into Australia.

Luke Cook, 34, and his Thai wife Kanyarat Wechapitak, 40, were arrested at Bangkok’s Suvarnabhumi airport last December and charged in relation to a 2015 plot to smuggle an estimated $300 million of crystal meth – or ice – into Thailand and then on to Australia.

A Thai court has sentenced the couple to death, but that is expected to be commuted to life in prison, media reports on Wednesday said.

A Department of Foreign Affairs and Trade spokesperson declined to comment specifically on Cook, but said the Australian government was providing consular assistance to an Australian in Thailand.

“Owing to our privacy obligations we will not provide further comment,” the spokesperson said in a statement.

Cook is accused of coordinating the movement of the drugs from China to Thailand on board a yacht.

However the shipment was dumped off the southeastern Thai province of Chonburi after being spotted by Thai authorities, News Ltd reported.

About 50kg of the drug divided up into four sacks later washed ashore at Mae Ramphueng beach in Rayong province in June 2015.

Authorities in Thailand claimed that Cook was paid $US10 million by the Hells Angels to buy and store the drugs for later shipment to Australia.

As part of their investigation, Thai police confiscated assets including luxury cars.

Police claimed that Cook and his wife ran a boat rental business, Global Marine Solutions, and had ties with Sydney-based Hells Angels’ member and drugs identity Wayne Schneider, who was murdered in Thailand in November 2015.

Schneider was believed to have paid Cook the money to smuggle 500kg of crystal meth into Thailand so it could then be distributed elsewhere.