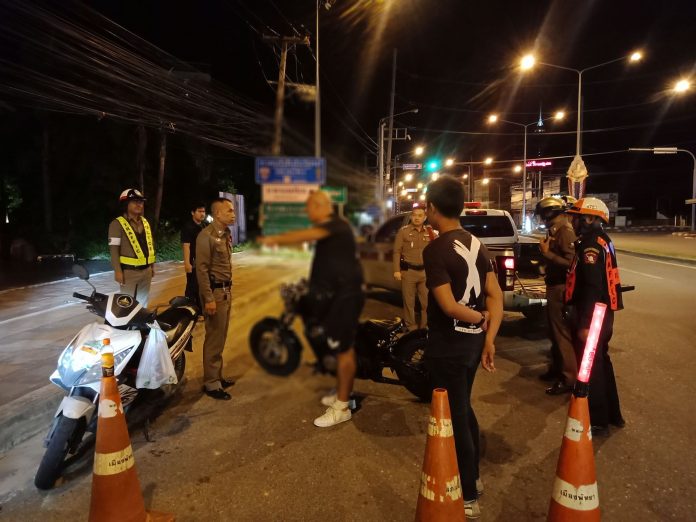 At 4:00 AM yesterday morning an Australian National, Mr. Constantine Anagnostou, 55 years old, was caught on video by press reporters verbally abusing, shouting and cursing at a large group of local police at a checkpoint on Thrappraya Road.

Mr. Anagnostou was reported to have been involved in a dispute earlier in the evening on the Soi Diamond area near Walking Street in South Pattaya. CCTV footage provided below shows an individual who appears to be Mr. Anagnostou coming off his motorcycle and hitting another motorbike on Soi Diamond and then having an angry argument with bar security and staff, allegedly blaming them for the accident. The motorbike that Mr. Anagnostou allegedly hit was owned by a staff member of the bar.

The staff of the bar was reported to call the police to resolve the incident but Mr. Anagnostou refused to calm down, threatening the staff even after being shown the video which appears to show the fall was no fault of the bar. Mr. Anagnostou was reported by police to have fled the scene but was followed and stopped at a checkpoint in Jomtien. This is where Mr. Anagnostou claimed he was assaulted by the police on Soi Diamond and began to verbally rage at police.

Mr. Anagnostou was finally arrested and is being charged with resisting arrest along with other charges being processed.

Mr. Anagnostou says, including on the video, he has no money to pay any fines or bail and is according to police not being cooperative, including refusing a blood alcohol test during the incident.

He remains in jail at the Pattaya police station as of this morning.

The video below contains swearing and language that may offend sensitive viewers.