Home » Australian grandma sentenced to death for drugs in Malaysia 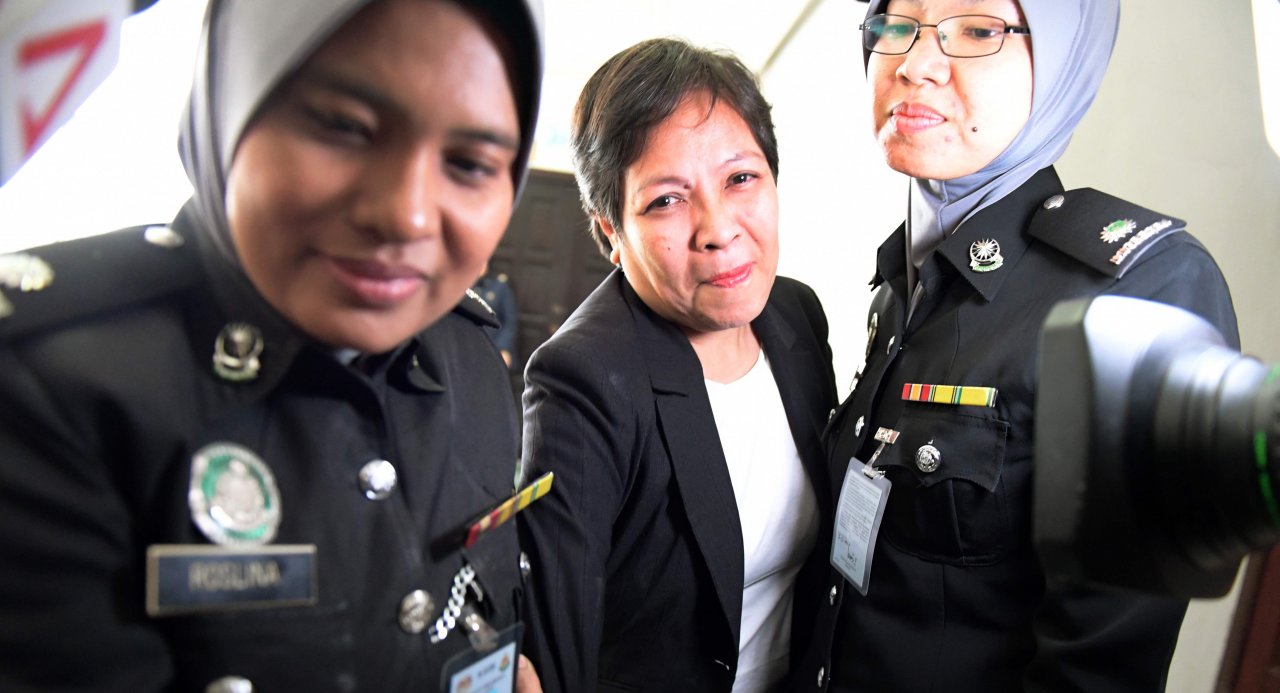 An Australian grandmother who said she was tricked into carrying drugs into Malaysia after falling for an online romance scam was Thursday sentenced to death after an earlier acquittal was overturned, her lawyer said.

Maria Elvira Pinto Exposto was arrested in December 2014 while in transit at Kuala Lumpur airport with 1.1 kilos (2.4 pounds) of crystal methamphetamine stitched into the compartment of a backpack she was carrying.

The 54-year-old was cleared in December of trafficking after a High Court judge ruled she did not know she was transporting the drugs.

But prosecutors challenged the decision and an appeals court overturned the acquittal Thursday, and found her guilty, her lawyer Muhammad Shafee Abdullah told AFP.

Anyone caught with at least 50 grams (1.75 ounces) of crystal meth is considered a trafficker in Muslim-majority Malaysia, and death by hanging is mandatory in the case of a conviction.

Shafee slammed the ruling as “perverse” and said Exposto would make a final appeal to the country’s top court.

“I thought there was an overwhelming case for the defence. I am shocked with the decision,” he said.

The mother of four argued she did not know about the hidden stash of “ice”. She said she had been fooled into carrying the bag after travelling to China to see someone she met online called “Captain Daniel Smith”, who had claimed to be a US serviceman.

After engaging in a long online romance, Exposto had travelled to Shanghai to see “Smith”.

But she did not succeed in meeting her supposed love interest while there and ended up being given a bag by a stranger, who asked her to take it to Melbourne.

When she arrived at Kuala Lumpur International Airport to change flights, she mistakenly went through immigration as she was unfamiliar with the airport.

She voluntarily offered her bags for customs inspection and the drugs were discovered.

There are at least 900 people on death row in Malaysia, officials have said, but executions have been rare in recent years.

Malaysian lawmakers have voted to amend legislation so that capital punishment is no longer mandatory in drug-trafficking cases.

But the changes have not yet come into force as they must be passed by the upper house.

Two Australians were hanged in Malaysia in 1986 for heroin trafficking — the first Westerners to be executed in the country — in a case that strained relations.

In 2013 Dominic Bird, a former truck driver from Perth, was acquitted of drug trafficking charges after he was allegedly caught with 167 grams of crystal methamphetamine.