A judge was so shaken by footage of a paedophile raping his Thai girlfriend’s two-year-old daughter she adjourned the case for three days.

Convicted child rapist Jason Daron Mizner was supposed to be sentenced in the Brisbane District Court on Tuesday but it was put off until Friday.

Justice Leanne Clare said she viewed a portion of one of the dozens of rape tapes and found it ‘very confronting’ and needed to to ensure a fair sentence.

I think it would be best to put some distance between the viewing of that tape and the delivery of the judgment so that it does not overwhelm the sentence,’ she said.

The prosecution wants the 44-year-old jailed for life over the more than 60 child sex crimes towards the toddler he has pleaded guilty to.

His vile acts dating back to the early 2000s included more than 30 counts of rape and videotaping the assaults.

Mizner’s lawyers argued his sentence should be reduced because he suffered ‘torture’ the last time he was in prison for a different crime.

The paedophile spent years in a Thai jail for a separate sexual assault of another young child and they claimed the abuse there should be taken into account.

‘He received beatings and other torture, partly in relation to (the Australian) offending,’ Mizner’s lawyer said.

‘The Australian Federal Police gave evidence at the (Thai) hearing about the Australian offending, so it’s not much of a stretch that inmates in Thailand would have known.’

Justice Clare disputed that just because Mizner had a difficult time in a Thai jail that he should have his potential sentence reduced.

‘The report outlines deprivations and abuses that your client has described, but to say he’s been tortured for 11 years is an overstatement of the material, frankly,’ Justice Clare said.

The court was told Mizner, who was 31 at the time of the assaults, formed a relationship with the Australian girl’s mother, before committing the offences over a number of months.

While he was on a holiday in Thailand, the girl’s mother found videos he had made and a range of other unrelated child exploitation material.

Mizner stayed in Thailand, where he formed a relationship with a local woman before assaulting her young daughter and being arrested by Thai authorities.

He served 11 years of a 35-year sentence and was deported when released on bail last year, with Australian authorities arresting him when he returned to Brisbane.

It’s the second time sentencing has been delayed, after a delay in September, when a doctor preparing a psychological report for the court suffered a heart attack.

That report, the defence argued, showed that a motorcycle accident when Mizner was 21 left him with a brain injury, which ‘uninhibited’ him.

Justice Clare said it also showed he had a ‘predilection for babies’ and had a medium-to-high chance of re-offending if not incarcerated.

‘Even a low risk of re-offending when it comes to raping babies is a substantial risk to deal with. When it’s a medium-to-high risk… it’s alarming,’ she said. 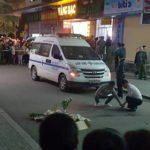 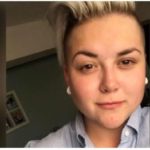