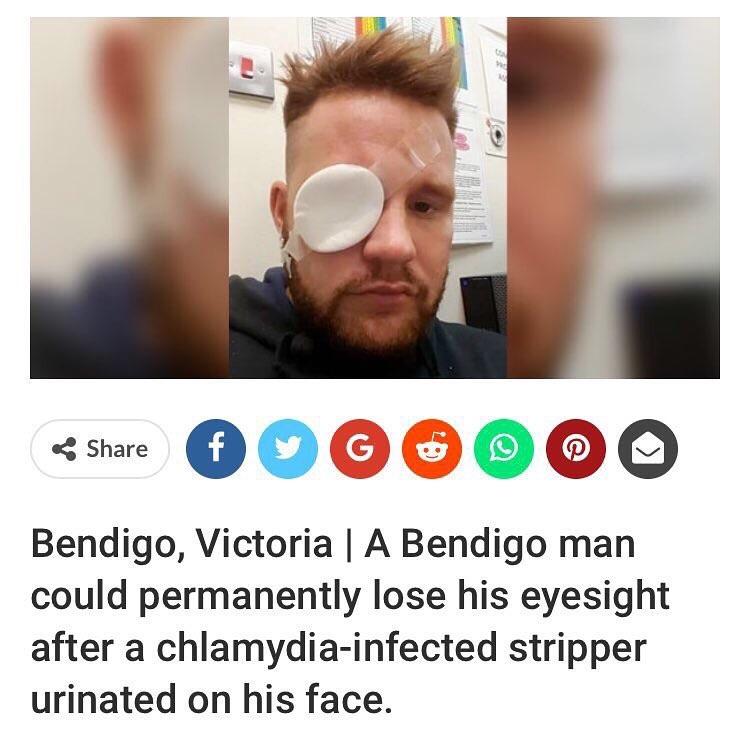 This Australian man takes the expression “taking a piss” literally, and, in the end, fails to see the point of it.
Victorian heath authorities have issued a warning to travellers embarking on trips to Phuket Thailand after a local Bendigo man could permanently lose his eyesight.

Whilst on a Bucks Party trip in Phuket, Thailand, a group of Bendigo men were partying at their hotel suite with a bunch of local strippers when one of them gave the unsuspecting best man a Golden shower.

What started as a paradise holiday rapidly turned into Brandon Clark’s, 26, worst nightmare when he started showing symptoms of the chlamydia-infected bacteria.

“We were playing a bunch of games with the girIs when one of them instructed me to lay down on the floor. The next thing I know she was standing over me and she let rip and gave me a Goldie. She pissed all over my face and in my eyes.”
“It caught me by complete surprise. I washed my face but by the next day my eyes were all red and were extremely painful. The boys took me straight to a local hospital” he told reporters.
The bacteria that induces blindness is transmitted along with chlamydia, explains Dr. Andrew J. Baxton at Bendigo Hospital.

“Put simply, Trachoma is a bacterial eye infection, not unlike the common ‘pink-eye’ or conjunctivitis. Repeated reinfection, combined with the body’s immune reaction, often has devastating consequences eventually leading to scarring that causes the eyelid to turn inwards causing blindness.” 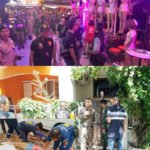