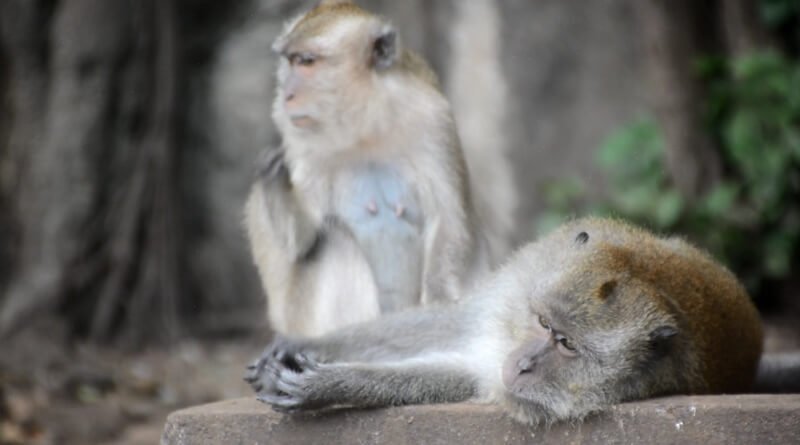 An Aussie girl was violently attacked by a monkey in Krabi. The Krabi police were notified of an injured tourist. The police then notified the local emergency rescue team to go check on the injured girl. The incident occurred on the 3rd of January 2019 while the Aussie girl was visiting the famous Krabi attraction “Tiger Cave Temple”.

When the rescue team arrived they discovered the that the girl was Sarina Schaffer 29 years old from Australia. As she was visiting the Tiger Cave Temple one of the wild monkeys commonly found in the area violently attacked the girl. The monkey jumped on the girl and left 3 bites on the girls left arm, leaving her to bleed. The rescue team helped clean the wounds then took her to the Krabi Hospital for further medical care. 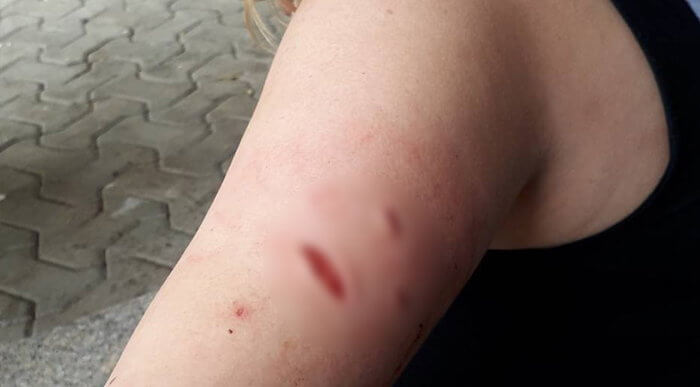 Sarina reported that she was visiting the temple with another female friend. They were hiking up the mountain using the usual tourist route, suddenly a monkey jumped on to her and started to attack her by biting her left arm. Both of the girls ran down immediately for help as the monkey left open wounds on Sarina’s arm.

There have been many reported incidents of wild monkeys residing around the Tiger Cave Temple attacking tourists. The number of monkeys is increasing every year, the officials in the area have instructed for monkeys to be sterilized in order to prevent the monkey population from rising any higher. The officials in the area have continued to catch monkeys to for sterilization then release them back to the islands but there are so many monkeys that it is impossible to sterilize them all. 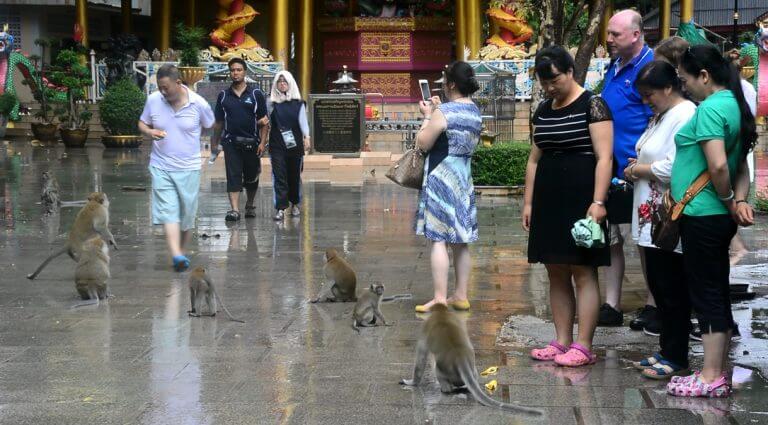 The monkey in the story was likely expecting to steal food from Sarina. Tourists are often approached by monkeys for food and even attacked.