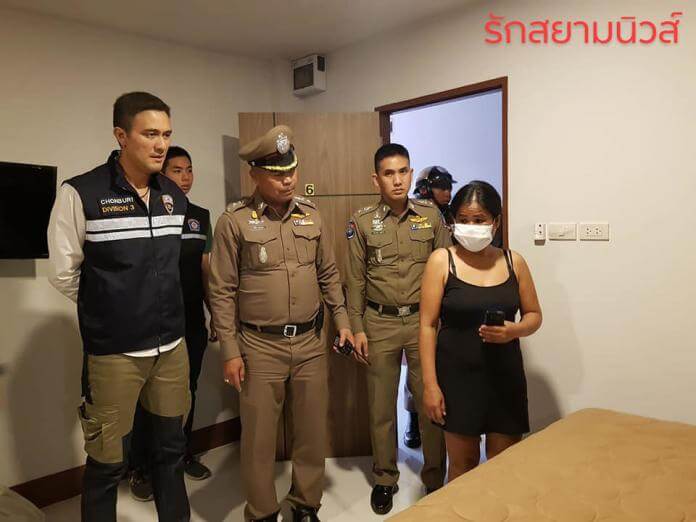 A joint police operation has resulted in the arrest of a 48 year old Petchabun woman who admitted to four cases of drugging and robbing tourists in Pattaya.

She appeared to be the same woman who was shown in an appeal for information on many websites yesterday.

The local cops along with the resort’s tourist police and immigration force teamed up to capture Pa Pakham.

She was said to be a prostitute who hung around Soi Bua Khao in search of customers.

Police managed to capture her after examining CCTV and laying in wait for her return. A search of her room revealed two phones and many expensive watches.

In the latest crime committed by the woman – termed as “Aunty Pa the Terrible” by Rak Siam News – a 27 year old British man called Daniel James Booth invited her to his room to continue a drinks party that started in a nearby room in Soi Bua Khao in central Pattaya in the early hours of Saturday morning.

She slipped drugs in Mr Booth’s drink and he passed out on the bed. She stole his phone that was being charged at the foot of the bed and also took his Rolex watch that was lying on a surface in the room.

CCTV showed her leaving the room alone and in a hurry.

Police found out that Pa was a prostitute who touted for business in the area.

She admitted to three more thefts from tourists by drugging and robbing them.

She was charged with theft and handling stolen goods and faces 1 to 5 years jail and 20-100,000 baht in fines.