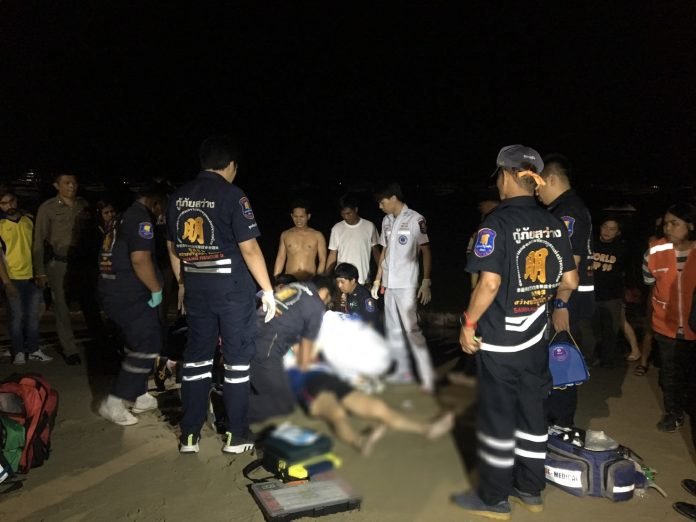 Police in Pattaya are investigating after a Cambodian man found his Chinese tourist girlfriend floating in the sea after the fireworks festival on Saturday night.

They have not ruled out attempted murder or even a suicide attempt.

A Sawang Boriboon rescue team and hospital medics along with police arrived on the scene opposite Soi 13 on Pattaya beach around 2.30 am.

As many Thai and foreign tourists looked on CPR was given to Wang Zhaotong, 35, who was then taken to Muang Pattaya Hospital.

A Cambodian man was shown on a video in a state of distress.

He said that he had come with his girlfriend to attend the fireworks display. After this he went to get his vehicle and return for his Chinese girlfriend.

He found her floating in the sea, dragged her out and implored a member of the public to contact the emergency services, he said.

Police are unsure what happened. It may have been an attempted murder after a robbery or even a suicide attempt.

The victim is under the care of doctors and has been unable to give evidence.

The Pattaya International Fireworks Festival 2019 took place at the resort at the weekend. 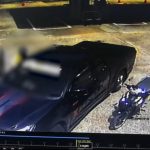 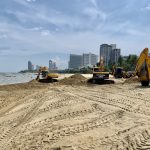