Home » Thai Astrologer predicts, “the election result will stun us.”

A hand-drawn map of constellations and planetary orbits shows Thailand in the throes of a “gateway” year of change, says astrologer Pinyo Pongcharoen – one of a legion of fortune tellers sought out by politicians in chaotic and unpredictable times.

“The stars are all in place,” the president of Thailand’s International Astrological Association said.
“There will be a big change, a big confrontation, a big negotiation.”

His forecast might lack precision but it carries weight for Thais, who have long turned to fortune tellers for a hint of what lies in store at school, in business, love and politics.

And politics is currently dominating conversations, following a series of dramatic events which have lit up the political landscape ahead of elections set for March 24.

Thailand’s King Maha Vajiralongkorn on Friday slapped down the unprecedented prime ministerial candidacy of his sister Princess Ubolratana, which brought the revered monarchy into frontline
politics, as a “highly inappropriate” move.

She was proposed for premier by the Thai Raksa Chart party, which is aligned with the powerful Shinawatra clan and is now waiting to see if it will be censured for the bold, perhaps foolish, move.

Pinyo – who has read the fortune of a former prime minister, though he declined to say who – refused to be drawn into unpicking what it all means, saying only that there will be a showdown between “liberal and conservative” forces.

Thailand’s history is steeped in astrology, with every twist in the country’s volatile history of coups, protests and short-lived civilian governments informed by the stars, said Edoardo Siani, a cultural anthropologist of Thailand at Kyoto University.

It is common for Thais to discern meaning in everyday symbolism and they are conscious of auspicious dates, places and colours.

Politicians capitalise on this fluency, he added.
Thai Raksa Chart, the party which proposed the princess’ ill-fated bid for prime minister, announced her candidacy at 9:10am last Friday – with the timing rumoured to symbolise her connection with her father, the late King Rama IX, and her brother, current King Rama X.

“It is about aligning the individual with the greater cosmos,” said Siani.
Uncertainty in politics feeds the fortune-telling industry as people are unable to discuss rival sides openly because of legal controls and the country’s sharp divisions.

“You don’t know what’s going to happen, so you become interested in prophecies and it gives you answers that you can’t even ask about,” Siani said.

While astrology is often favoured by the elite, tarot cards have gained popularity among ordinary people.
They provide more definitive answers than complex astrological maps.

Dao Dao, a fortune teller in a central Bangkok district, flips over a tarot card featuring “The Wheel of Fortune”.
“Yes, (junta leader Prayut) will come back as prime minister,” she said.

Her premonition of Prayut’s evolution from junta chief to civilian leader matches the prediction of Warin Buaviratlerd, a renowned army astrologer who has known the gruff former general for 20 years.
“The group of people who are serving the country now will come back and serve again,” Warin told AFP, adding that he believes the Shinawatra clan is done.

Thai politics has revolved around billionaire ex-premier Thaksin Shinawatra for almost two decades, and his party and its proxies have won every election since 2001.

But analysts say the recent upheaval linked to Ubolratana’s fleeting tilt for office has seriously undercut Thaksin’s position and if Thai Raksa Chart is dissolved, it would deal a serious blow to his
affiliated parties’ electoral chances.

“Their time is up,” said the astrologer.
Fongsanan Chamornchan, a former journalist who switched to fortune-telling a year ago, is less certain about
Thailand’s political fate.

“Many” politicians have sought her out because of her previous job, she said, and the number one question asked is whether elections will be held this year.

Despite recent rumours of an impending coup – Thai generals have a penchant for coups and have grabbed power 12 times since the end of absolute monarchy in 1932 – Fongsanan remained steadfast.

“No coup,” she said. “We are headed to an election and coronation.”

But the presence of “Uranus in Aries” means the details of who will come out on top remain in flux.
“I can’t dare to predict who will be prime minister…. All I know is that the results of the election will stun us.”

Magic of the FA Cup – Preview QPR v Watford. Beaten Finalists in 82 & 84 Meet in the 5th Round 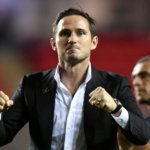