This is the dramatic moment a lightning bolt sends sparks flying into the air after striking three lorries parked in a lay-by – as the drivers sleep inside.

The trucks had stopped for the night in a lorry park on the side of the road in Komi Republic, Russia, when static lightning ripped down from the heavens

Truckers who had settled down for the evening and fallen asleep were woken up by the cataclysmic lightning bolt on July 5 at 10.30pm.

Two shocked male voices can be heard in the background of the video after the massive lightning strike. One of them reacts in Russian: “Now that’s f..cked up!”

The other yells: “F..ck!” as the first voice says: “It struck lorries!”

The second replies: “Yeah!”, while his pal adds “It was f..cking scary…”

The second voice then says: “F..uck it, those are gasoline tankers, they could explode!”

Dash cam footage shows several parked vehicles as heavy rain begins. Suddenly a lightning bolt strikes three lorries. Sparks fly into the air and streams of black smoke can be seen rising into the night sky from the lorries that were struck.

According to the video owner, the drivers of the damaged lorries were inside their vehicles when lightning bolt struck them.

He said today (Mon): “The drivers were sleeping. They were awaken by the strike. They were deeply shocked and could not get out of their vehicles about ten minutes.”

According to the trucker, the drivers were not injured due to the incident, but the lightning bolt seriously damaged the vehicles.

One of them – a Kamaz Russian manufactured vehicle – had an antenna installed on the roof-top of its cabs. The antenna melted after the lightning bolt struck it. Also a hole appeared in the roof-top due to the strike. But the Kamaz driver started his vehicle in the morning and drove away.

Two other lorries, that can be seen parked beside each other in the video, are DAF Dutch manufactured vehicles.

One DAF lost four of its engine control units. The vehicle was transported to a car service for repairment. The driver paid 200 000 RUB (2,400 GBP) for replacing the damaged units.

Other DAF, that was carrying diesel oil, got two blown up tires due to the incident. 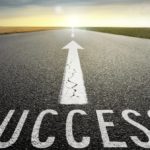 16 Killer Techniques to Help You Transform Your Attitude for Success

Pensioner arrested after riding wheelchair through an empty road tunnel