Home » Arrested a man who’s throwing paint on a car 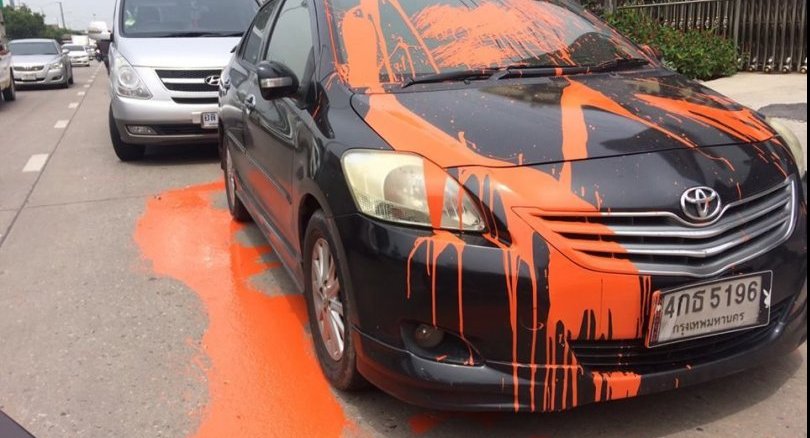 Look out! where you park your car and think twice before deciding to react to anything that upsets you. That could be the message after an incident in Samut Prakan on Wednesday.

Police detained a man who confessed that he damaged a black Toyota sedan and splashed orange paint on it out of anger after finding the car had blocked the exit from his house and he could not run an errand in his own vehicle. Police who were alerted about the incident rushed to an alley on Teparak Road in Muang district at about noon and met Pisai Sawannasai, 59, owner of the Toyota sedan who complained that his vehicle had been vandalized. At the scene, police found that a side window glass, as well as the license plate, were broken. Impossible not to notice was the fact that orange paint had been splashed on the front and rear parts of the car

Pisai told police that he parked his car without noticing that it blocked an entrance to the property. When he returned after about half an hour, he found the car had been vandalized. “I was wrong that my car blocked somebody’s way, but I think this was an overreaction. I will not tolerate this, I’ve already sought legal action against the wrongdoer,” Pisai said.

A witness, water vendor Kallaya Phetchnoi, 46, told police that she saw a man try but fail to drive a car out of a house that was blocked by Pisai’s car. The man then went around to find the owner but could not find him. Looking angry and upset, he returned to his house and came out again with a baton with which he hit Pisai’s car. After that, he threw orange paint on the vehicle.

Police invited the man, who was later identified as Khao Sangjan, 54, to the police station. Khao reportedly confessed to vandalizing Pisai’s car out of anger because he could get his car out of the house. After committing the offenses, he traveled by taxi to run his errand, then returned to his house before being summoned by police. Khao was charged with malicious damage.  Source: Nation News 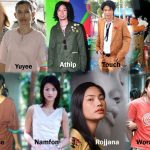