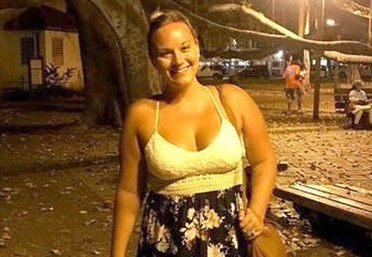 Shane Finnell has been charged with second-degree murder and unlawful use of a weapon in the killing of his sister-in-law, Alexandra Arb-Bloodgood, allegedly after an argument over laundry escalated.

An Oregon man has been accused of shooting his sister-in-law in the back of the head this weekend amid a heated argument over laundry with his brother, according to a probable cause affidavit.

Shane Finnell, 25, has been charged with second-degree murder and unlawful use of a weapon in the killing of 29-year-old Alexandra Arb-Bloodgood, according to a statement from Portland police.

On Sunday, police in Portland arrived at the home in the city’s Portsmouth neighborhood just after 8:30 a.m. to reports that a shooting had taken place.

There, they found Finnell on the front lawn of the home of the neighbor who had called 911.

“I did a horrible thing,” Finnell said in an unsolicited statement to police, according to the affidavit.

Jordan Arb, the suspect’s brother, told investigators that on Sunday morning, he and Finnell had gotten into an argument over laundry. As the argument escalate, Finnell threw a potted plant at him, he said.

At this point, Finnell then walked over to Arb-Bloodgood, who was sitting with her back to the suspect, and “shot her in the back of the head at close range with a revolver,” the affidavit states.

According to neighbor Jacob Chow, who called 911, Finnell was seen just after the gunshot went off outside the house, flailing his arms and looking upset on the porch.

A post-mortem examination concluded that Arb-Bloodgood had died from a gunshot wound to the back of the head and that the manner of death was homicide, police said in the affidavit.

Finnell has been booked into the Multnomah County Jail and has not yet entered pleas to the charges against him. It is unclear if he has an attorney who is able to speak on his behalf. 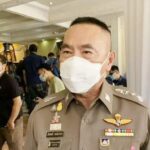 Senior Police Officer Accused Of Being Involved In Kidnapping Charged 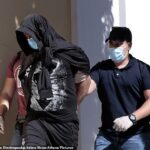