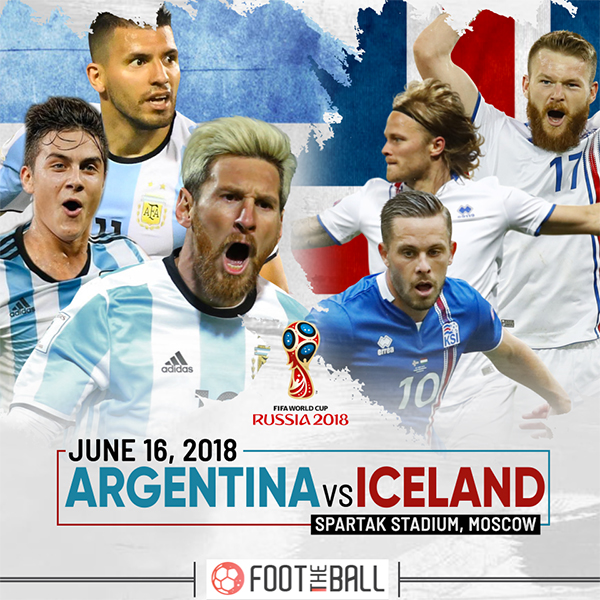 Lionel Messi missed a second-half penalty as Iceland secured a famous 1-1 draw with Argentina in their Group D clash on Saturday.

Sergio Aguero opened the scoring after just 19 minutes with a brilliant finish, the Manchester City striker’s first goal at the World Cup in his third tournament.

Iceland were soon level though through Alfred Finnbogason’s close-range finish, his country’s first-ever goal in the World Cup finals.

However, it still took an excellent save from Hannes Halldorsson to keep out Messi’s 64th-minute penalty, the first time the Barcelona playmaker had ever missed a spot-kick for his country.

Man of the match: Hannes Halldorsson

Thereafter, Jorge Sampaoli’s team had to settle for a draw in Moscow, while Iceland – the smallest nation to ever qualify for the global showpiece event – hung on for what was their first-ever point at the World Cup,

Argentina were up and running within 19 minutes, although their opener had an element of luck about it. Marcos Rojo lined up a shot from distance that fell straight to Aguero, who still had a lot to do.

However, the forward earned himself some space with a lovely piece of close control, before firing an unstoppable shot into the roof of the net – not that his side were ahead for long.

It took Iceland less than five minute to equalise after a scramble in the Argentina box, with the ball eventually falling to the unmarked Gylfi Sigurdsson at the far post.

And the Everton forward’s low driven shot then fell kindly at the feet of Finnbogason, with the Augsburg striker keeping his cool to side-foot the rebound into the gaping goal.

There were two VAR calls before the break for possible Argentina penalties, both of which were turned down, but referee Szymon Marciniak did not need any help in deciding Hordur Magnusson had pulled down Maximiliano Meza in the box midway through the second half.

Argentina went with Lionel Messi and Sergio Aguero in attack, while Iceland forward Gylfi Sigurdsson started having recently returned from a knee problem.

Up stepped Messi, only for the five-time Ballon d’Or winner to see Halldorsson guess correctly and dive full length to his right to keep out the penalty – the fourth time he has missed a spot-kick in his last seven efforts for club and country.

There was more controversy, however, when the Polish official opted not to use VAR to decide if Cristian Pavon had been tripped as he drove to the left byline with 13 minutes to go – even though it appeared as though Birkir Saevarsson had made contact with the sub.

Man of the Match – Hannes Halldorsson

The new Randers FC goalkeeper would have been expecting a busy afternoon at the Otkrytie Arena, and that is exactly how the contest panned out in the Russian capital.

The 34-year-old had to twice be alert to deny Messi in the first half, before reading the playmaker’s mind to palm his second-half spot kick aside.

However, the Iceland No 1 saved his best for last when reacting brilliantly to keep out substitute Cristian Pavon’s cross-cum-shot with just three minutes to go.

Argentina take on Croatia at the Nizhny Novgorod Stadium on Thursday evening, before Iceland then face Nigeria at the Volgograd Arena on Friday afternoon. 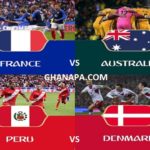