The Ministry of Public Health has yet to consider when it will reclassify Covid-19 as a communicable disease that requires close surveillance despite the recent easing of more restrictions.

Covid-19 was declared a dangerous communicable disease in late February 2020 by the national committee on communicable diseases to allow health authorities to respond more quickly to contain any outbreaks in the event of a spike in local transmissions.

Deputy Prime Minister and Public Health Minister Anutin Charnvirakul recommended waiting several weeks before making a decision on when to revise the status of the virus.

When that happens, the government would no longer be obliged to cover related treatment costs. As the severity of the disease and cases have declined, redefining it as a disease under surveillance would mean it could be covered by patients’ conventional insurance schemes, he said.

“As the situation changes, the government doesn’t want to take on more of a financial burden. Covid-19 patients should resort to their own health insurance packages as is the case for other diseases,” Mr Anutin said.

Starting from Wednesday, pubs, bars, karaoke bars, massage parlours and other nightspots in 31 provinces classified as green zones and blue “tourism-oriented” zones were allowed to resume operation but are still required to close at midnight.

Mr Anutin said the number of Covid-19 infections is expected to increase after the new round of easing, but added that if patients do not suffer severe symptoms, it will not affect other sectors.

By designating Covid-19 as a dangerous communicable disease, health officials can take more precautionary measures such as prohibiting public gatherings and ordering patients or suspected sufferers or carriers into quarantine.ad

Those who fail to comply may be subject to a fine or other legal action. There are 13 dangerous communicable diseases labelled as such in the kingdom.

For those classified as requiring close surveillance, weekly reports must be sent to the provincial public health office and all hospitals and labs must report their findings.

Quarantine is not required for close contacts unless the Department of Disease Control (DDC) director-general declares an outbreak.

Mr Anutin said the designated committee will propose revising the status to a communicable disease under surveillance.

“This will be proposed to the Centre for Covid-19 Situation Administration (CCSA) because the decree on emergency situations remains in force. There are several steps before we get to declare the virus an endemic disease,” he said.

The ministry held a meeting on Wednesday on transitioning Covid-19 from a pandemic to an endemic disease.

“We allowed [nightlife outlets] to reopen because we’re moving into the mode of a communicable disease,” Mr Anutin said.

If the situation improves and returns to “almost normal”, the state of emergency can be cancelled and the virus reclassified, he added.

Mr Anutin also said services for general in-patients are expected to return to normal given the latest eased measures.

Those considered at low risk of contracting the virus can be accepted as in-patients without having to undergo Covid-19 tests and their relatives do not have to undergo rapid screening.

However, Covid-19 testing is required in some cases for safety reasons.

Meanwhile, Thailand on Wednesday registered 4,563 new cases and 28 more Covid-19 fatalities, according to the CCSA.

This was up from the 3,955 new cases and 21 fatalities reported the previous day.

As of Wednesday, the daily reports on positive cases by the CCSA will only cover the number of symptomatic patients in hospital. The change was made as the overall situation in Thailand has started to ease. 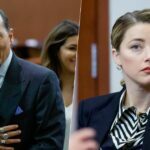 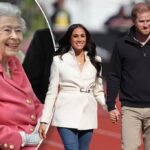 Queen sends car and security to pick up Harry and Meghan