Home » Being Annoyed By Noisy Chewing Is A Genuine Psychiatric Disorder

There are few sounds in life which can make your blood pressure rise, but those certain few, by God are they annoying!

You know the one’s, where you physically want to punch the person in the face – not that I condone any type of violence – for cracking their knuckles or grating their cutlery on the plate when you’re out at a meal.

If you’re like me, then perhaps the worst is those mates or family members who simply chew too loudly when you’re eating with them – smacking their chops together like it’s going out of fashion!

Well it turns out you could be one of the many people suffering from a genuine brain abnormality called misophonia according to researchers at Newcastle University.

Misophonia is a disorder where sufferers have a hatred of sounds such as eating, chewing, loud breathing or even repeated pen-clicking – and was first named as a condition back in 2001.

According to a report in the journal, Current Biology, scientists have revealed that scans of misophonia sufferers, showed changes in brain activity when a ‘trigger’ sound was heard.

The report also showed images of the brain where people with the condition have an abnormality in their emotional control mechanism – which causes their brains to go into overdrive on hearing the individual trigger sounds.

The sounds were also responsible for increasing the heart rate and the amount some sufferers were sweating.

I was part of the sceptical community myself until we saw patients in the clinic and understood how strikingly similar the features are – I hope this will reassure sufferers. For the study, the team used an MRI to measure the brain activity of people with and without misophonia while they were listening to a range of sounds.

The sounds were categorised into neutral sounds such as rain, a busy café, or water boiling, unpleasant sounds, defined as a baby crying or a person screaming and then trigger sounds, such as breathing or eating.

When presented with trigger sounds, those with misophonia presented different results to those without the condition.

Be warned – if you’re in a restaurant slurping your soup and a bread roll bounces of your head, it’s probably me – and I won’t apologise, I have a condition. 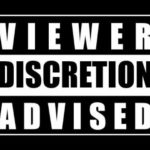 SENT TO HELL Three paedos who raped and murdered boy, 10, are shot dead and hung from cranes in chilling public executions in Yemen