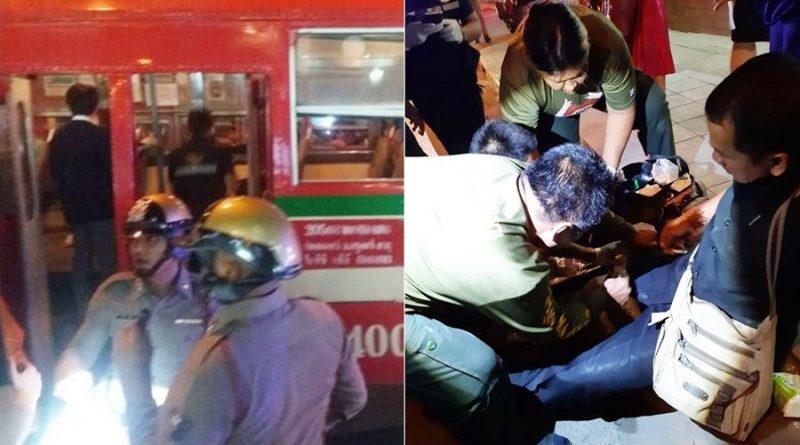 A passenger was angry at the busboy for an unknown reason. He threw the ticket money away and started yelling at the busboy, another passenger who was sitting in the bus saw what was happening and helped the busboy. The angry passenger saw and stabbed the good citizen before running away.

The Tungmahamek Police were notified of a man stabbed on bus no.205. The bus was parked at Rama 3 Road heading to Sathupradit Road. The police went to the bus right away with a rescue team from the Ruamkatanyu Foundation. They found the red bus parked on the left lane of the road with the injured man sitting inside. 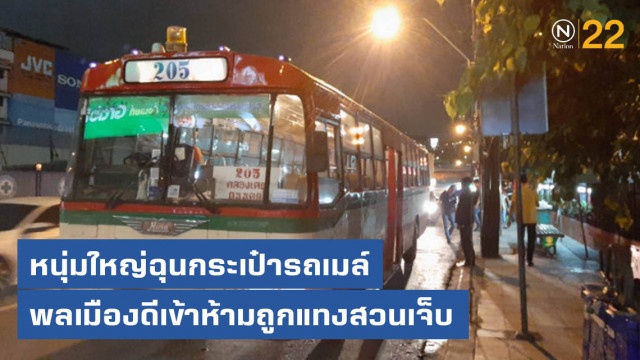 Chaiya Sang 45 years old was stabbed in his right leg by the angry passenger. The rescue team helped clean the wound before delivering Chaiya to the Kluaynamthai 1 Hospital. The police found a plastic bag inside the bus with a 5-inch knife, glasses, one black sneaker shoe, 1 mobile phone, and a hat that was left behind by the suspect. The evidence is now with the police to be used in the case against the suspect.

The 25-year-old busboy stated to the police that the suspect is a man around 45 years old. He has short hair, thin and tall, wears glasses, and was wearing a black T-shirt in the incident. Not long before the suspect stabbed the victim, the busboy walked to the back of the bus where the suspect was sitting to collect the ticket money.

This is when the suspect started to show signs of anger. The busboy has no clue to why the suspect would be so mad. When the busboy put his hand out to accept the money from the suspect, he threw the coins away instead of handing it to the busboy. The busboy then told the suspect “it’s ok, just tell me when we’re near the bus stop that you’re going to”. 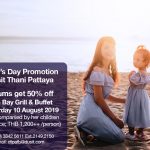 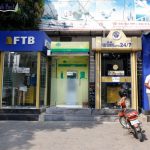 Personal Loans of $8 Billion Push Cambodia to Brink of Crisis