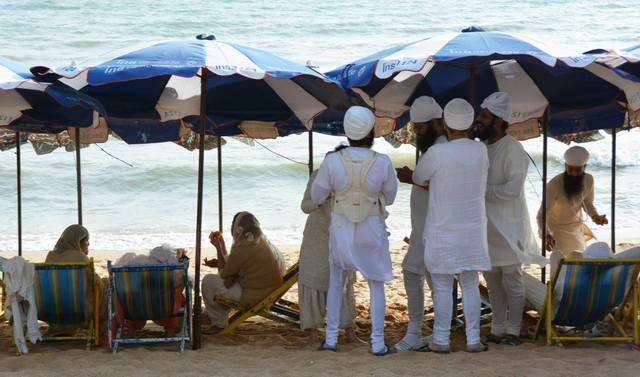 China might have been a darling source market for Thailand in the last couple of years, but if last year’s Phuket boat tragedy has shown anything, it is that any decline in inbound numbers from this massive market would be acutely felt, and it appears that the top tourist market for the country has not been able to fully recover since.

According to figures released by The Association of Thai Travel Agents (ATTA), the number of tourists from China using ATTA member services at Bangkok’s Suvarnabhumi and Don Muang airports registered just nearly 1.4 million from January 1 to May 31, 2019, plummeting 14.8 per cent from the same period last year.

Hoteliers across in Thailand’s major destinations are now grappling with a sharp fall in Chinese visitor numbers.

At The Yama Hotel Phuket, senior sales manager Warawut Tappairee is seeing an overall 30 per cent drop from China, with the decline significantly more pronounced for the Chinese group series than the FIT segment which continues to fare well.

The double whammy of plunging Chinese numbers as well as constantly expanding room supply are exerting a downward pressure on room rates in Phuket, he noted.

“It’s going to be a very bad year for Phuket, as supply goes up while rates go down,” said Warawut. “It will be a challenging year.”

Fast-growth days of Chinese market over
It’s a similar situation in Koh Samui, which has received an influx of Chinese tourists in recent years.

But that changed in the wake of the Phuket boat tragedy, which was extensively reported in the Chinese media and sent Chinese numbers to Thailand in a free fall.

He pointed to a number of reasons for the loss in Chinese market, with Thailand no longer seen as “the trendy destination for the Chinese unlike three years ago”, while Chinese outbound travellers finding “more value for money” in regional destinations like Vietnam or the Philippines amid a weaker renminbi.

The days of fast growth from the Chinese market are over, remarked Phathchanistha Piakanyatha, cluster assistant director of sales at Ramada Aonang Krabi and Days Inn Aonang Krabi.

Even the number of charter flights from China into Krabi has reduced, she noted.

“The Chinese market has dropped since the Phuket incident last year. We’re unlikely to see the growth momentum observed from the Chinese market in 2014 and 2015, but 2019 is the year when the dip in Chinese numbers is particularly visible.”

Eyes on Asia’s other giant
Many hoteliers in Thailand are hence turning their attention to another major market in Asia – India – to fill up the gap left in the wake of declining Chinese numbers.

The Yama Hotel Phuket’s Warawut sees good potential in the Indian market, as his four-star hotel – which is located on Karon beach, a less popular accommodation spot than the busier Patong beach for Indian travellers – has registered 500 Indian roomnights so far this year, surpassing the 450 roomnights recorded for the market in the entire year of 2018.

Likewise, Chauhan is seeing “healthy growth” from India for his two properties Renaissance Koh Samui Resort & Spa and The Naka Island, Phuket – which hitherto were not actively targeting this market.

Meanwhile, Shreyash Shah, director of business development of Chada Hotel Group, is looking to India to fill rooms during the low season months.

The group has traditionally been dependent on the western longhaul markets, but a new direct link from India to Krabi has aided marketing promotions to Indian travellers.

Although Phuket remains the key gateway city for Indian travellers, Phathchanistha expects the upcoming Krabi international airport – which is set to be ready within the next two years – to stimulate growth from the Indian market.

“Indian travellers are familiar with the Ramada brand, so we’re expecting growth from this market,” said 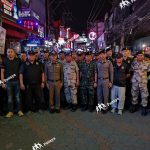 Thai ‘mother’ throws new-born baby out with the trash