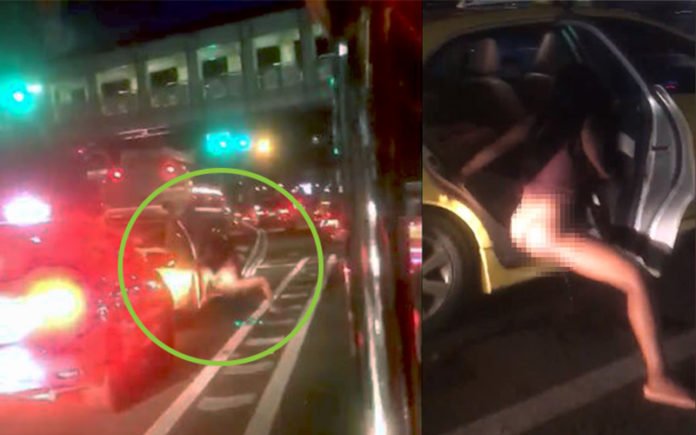 AMERICAN WOMAN FINED: The woman caught on video last week urinating in the middle of Bangkok traffic while precariously straddling the cab and the street has been identified as an American tourist, police said yesterday.

Thonglor police summoned the 23-year-old woman in the clip, identified only “Donika,” from her accommodation on Rama IV Road on Monday night.

Donika told police she had had a drunken night out before taking a taxi with two other friends back to their accommodation on Wednesday night, Daily News reported.

She explained the situation as being a simple instance of not being able to “hold it” and therefore had opened the taxi’s door and peed in the middle of Asoke intersection, according to Pol. Lt. Col. Sitthisak Nakamat.

In the end, she was simply fined THB2,000 (US$60) for urinating in public and released. No harm done.

While the story gave us all a chuckle, Bangkok has seen far worse cases, such as the mystery woman who dropped a brown bomb on the subway, and another “well-dressed person” who did the same on a skytrain seat.