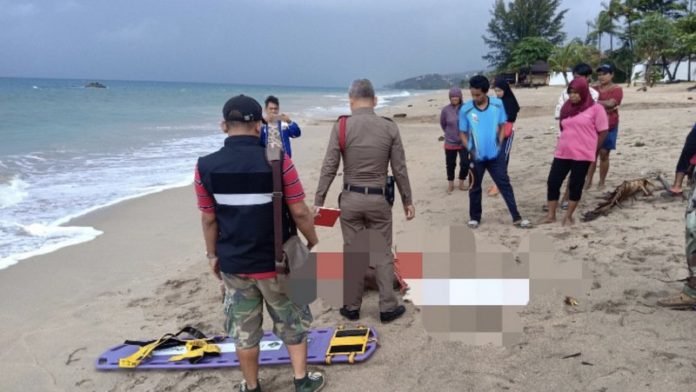 The news was discovered while The Phuket News was making further enquiries into the death of a different American tourist, Priell Schmalbach, originally from Florida, who died from his injuries after falling while rock climbing at Railay Beach, Ao Nang in Krabi.

The American who drowned at Koh Lanta, across Phang Nga Bay from Phuket, was named by police as Nasa Gragg Jr, 26.

The body of Mr Gragg was discovered in the water off Klongnin Beach at 3:30pm last Tuesday (Oct 16).

“From our initial enquiries we found that he checked out of the hotel on Oct 15, and then his body was found on Oct 16,” Col Attapong added.

Mr Gragg’s body was taken at Koh Lanta Hospital, but has since been transferred to Surat Thani to undergo an autopsy, Col Attapong explained.

“We are still waiting for the results from the autopsy, but at this stage police believe that he drowned as officers found no wounds or signs of fighting on his body,” said.

“However, we have to wait for doctors to confirm the cause of death,” he said.

Sex tourism in Pattaya: Is the party over? No chance