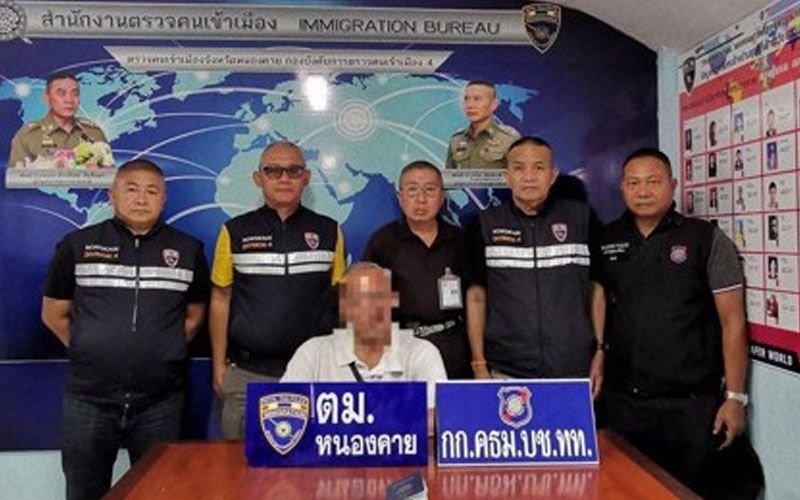 Immigration officials in Thailand have arrested a 69-year-old American for staying in Thailand illegally.

Naew Na have reported that Kenneth Dirac (name transliterated from Thai) had gone to the Thai-Lao Friendship Bridge then back to Bangkok without a stamp then back to the bridge again.

The pensioner is now in the custody of the Nong Khai immigration.

Naew Na said he was reported by police captain Wilai Thaiphakdee as having sneaked into Thailand through the exit area.

He came into the kingdom on 9th April with permission to stay until May 8th. He extended his visa in Bangkok until June 7th.

On June 9th he presented his passport for stamping at the bridge but never actually left.

Monday 17th June – he presented his passport to go to Laos but it was found that he had never crossed the border on the 9th.

Instead, he had gone back to Bangkok