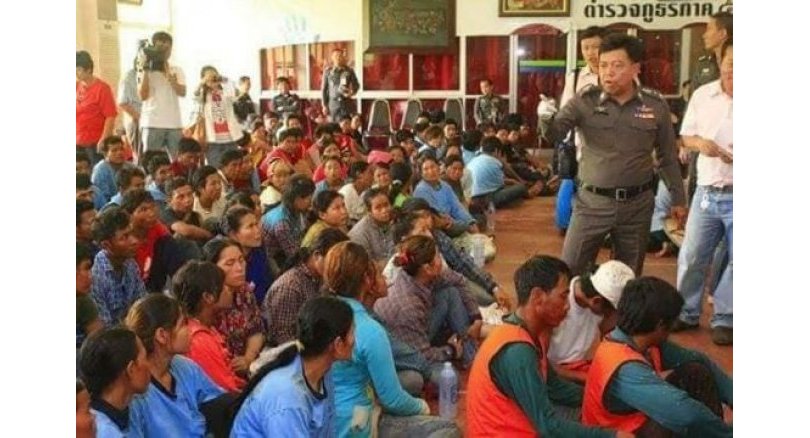 “Thai authorities made checks on Myanmar migrant workers. It is called one year non-immigration visa.  They have visas. It gives 90 days to stay. If 90 days are up, go to present a report. When they go to present reports, their visas are faked. A number of Myanmar migrant works holding the fake visas are 97 in total. Therefore, our two countries are planning to reveal those making fake visas,” said Labour Attaché San Maung Oo.

The Thai immigration law already stated how to take actions against those who are undocumented or those with wrong documents and those with incomplete documents. No employer has been arrested. It is like as usual. There is no employer who wants to be arrested. They clear their cases giving money to officials. Only the employees who can’t afford have been arrested, said Moe Gyo.

Fake visas are taking place the most at Thailand-Myanmar border gates. The fake visas came from the brokers of the visa.

Except visa on arrival, the remaining kinds of visas can be applied at Thai Embassy to Myanmar by holding passports. But at the border gate, no need to go to Yangon. Visa is available at the border gate. It takes only one day if a passport is given. Brokers act it. Fake visas appear because of the brokers, said San Maung Oo.

Myanmar migrant workers holding the fake visas have been kept in the detention camps for further inspection.

In-charge U Soe of JACBA confirmed that the Thai authorities arrested 60 Myanmar migrant workers early this morning. According to the existing law of Thailand, those holding fake visas might receive a six-month imprisonment.