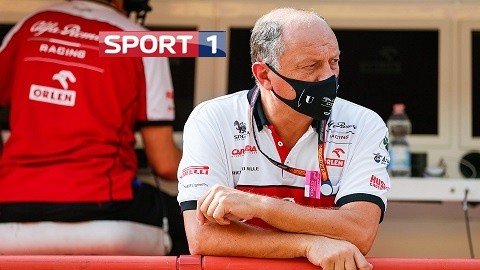 Alfa Romeo team principal Frederic Vasseur is to miss this weekend’s Formula 1 pre-season test in Bahrain after a positive test for coronavirus.

A statement by the Swiss-based team said Vasseur, 52, had isolated at home following the result. A second test two days later came back negative.

The Frenchman will work from home for the next seven days, as required by French authorities.

Vasseur will still be in full contact with the team garage at Sakhir.

A statement from Formula 1 said: “No other members of the Alfa Romeo Racing team have been affected, and the procedures set out by the FIA and Formula 1 will ensure no wider impact on this week’s pre-season test which will continue as planned.”

Vasseur is the latest in a number of senior F1 figures to test positive for Covid, and his result is a reminder of the fine line the sport is treading as it prepares to start what is planned to be a record 23-race season in Bahrain at the end of the month.

Six drivers – 30% of the grid – have caught Covid since the start of the pandemic.

Mercedes’ Lewis Hamilton and Racing Point duo Sergio Perez and Lance Stroll contracted the virus during the 2020 season, while McLaren’s Lando Norris, Ferrari’s Charles Leclerc and Alpha Tauri’s Pierre Gasly caught it over the winter, all while training in Dubai.

There are strict protocols in place to minimise the risk of the virus, including regular testing for all personnel, a bubble system that keeps teams apart from each other and sub-bubbles within individual teams.

F1 last year managed to host 17 races in a largely European-based calendar after a rejig following the first wave of the pandemic and has scheduled a full season in 2021 despite the difficulties and uncertainties involved.

The sport has already been forced to make changes to its planned calendar this year, with the postponement of the Australian and Chinese Grands Prix, which were initially scheduled to be the first and third races of the season.

Melbourne has been moved from this weekend to a date in November, in the hope that quarantine restrictions in Australia may have eased sufficiently for the race to take place by then, while no new date has yet been found for China.

Bahrain, which is hosting both three days of testing this weekend and the first race of the season on 26-28 March, has offered as part of its national programme to vaccinate all F1 personnel who are staying in the Gulf state for the entire three-week period.

Teams have left the decision whether to accept the vaccine, which is the Pfizer-BioNTech version, to individuals.

F1 as a sport has a policy of ensuring it does not jump any vaccine queues and that staff do not put themselves before those considered more vulnerable. 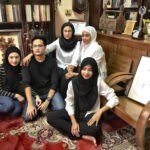 Prayut lacks ‘political will’ to ensure justice for missing activists 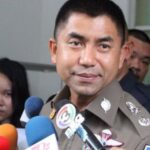 No joke as Big Joke returns to duty