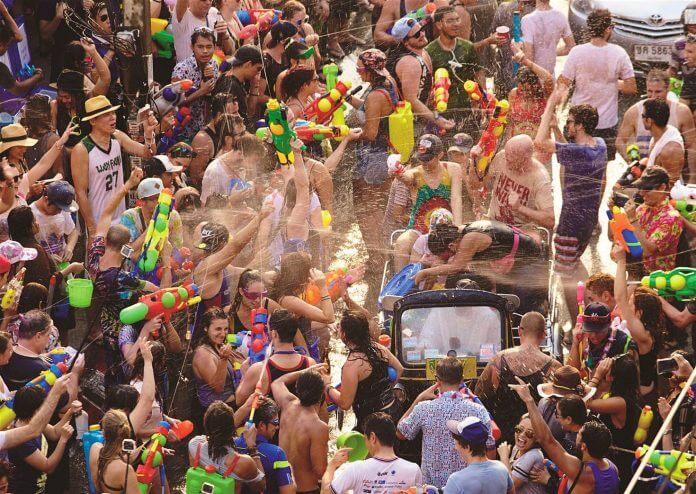 Are you looking to come to Thailand and get your drink on during Songkran this year? Your plans may have to change on April 13 this year.

No alcoholic beverages will be sold on April 13, the traditional Thai New Year, if the Alcohol Control Committee’s (ACC) proposal is approved.

The ACC passed a resolution today to ban the sale of alcoholic drinks on the national holiday, but it will have to get the green light from the Alcohol Policy Committee before it takes effect.

“We will present it to the Alcohol Policy Committee next month,” said ACC deputy chair Dr. Sukhum Karnchanapimai, who is also the permanent secretary for Public Health, after the meeting.

He said the ACC passed a resolution because statistics show road casualties are highest on this day every year.

April 13 marks the traditional Thai New Year and is a part of long Songkran holidays when millions of people hit the roads for home-province visits or vacations. Revelers often celebrated Songkran with alcohol.

In Thailand, drunk driving is a major cause of road accidents.

“Records show between 50 and 60 percent of adults get behind the wheel even after drinking. The percentage is even higher among those aged younger than 20 years,” Sukhum said.

He said the ACC had pushed for the alcohol-sale ban to prevent people from the danger of drunk driving.

“Even if we don’t drink drive, there is a risk of accidents if others drink drive,” he said.

The measure has mostly mixed to negative reception so far on social media, with concern that the ban will affect tourism as Songkran week tends to be one of the busiest weeks of the year for the tourism and entertainment industry, especially the bar industry.

If the measure goes into effect, the sale of alcohol will be banned countrywide on April 13th. This will also effectively mean that bars, nightlife, and gogos will need to close on what is traditionally one of the busiest days of the year for them.