Home » Airways pilot warns there is ‘no chance’ of summer normality

A BRITISH Airways pilot has warned holidaymakers to expect even more travel chaos this winter.

The pilot, who remained anonymous, said the current problems won’t be fixed in time for the summer.

Speaking to the Mirror, they said it was for a number of reasons, including a lack of staff and current staff burning out.

And even more flights will be grounded on top of the 16,000 already cancelled, they said.

The BA worker said one pilot hadn’t worked this hard in “15 years”, adding: “We’re full on at the moment. There are not many happy people right now. It is a perfect storm.”

They said the lack of staff was caused by a number of problems, such as job cuts and furlough, as well as the lack of help from the government to restart the travel industry.

And the confusing testing rules, as well as constant travel rule changing added to the problems within the travel industry.

With airlines only given weeks’ notice to restart, it has meant that airlines can’t get enough staff quick enough, with security checks taking months and many not wanting to return with low wages and difficult working hours.

The British Airways pilot said: “We might be correctly crewed by winter time. There is no chance this will be sorted this summer.”

A British Airways spokesperson told Sun Online Travel: “While it’s disappointing to hear this view from one of our more than four thousand world class pilots, we offer an industry leading career path for our flight crew including the opportunity to work on a range of new aircraft, flying to a variety of global destinations with an extremely competitive salary and package.

“Because of our approach, we have never had an issue attracting or retaining flight crew.”

And BA passengers have now been warned of major delays ahead of industrial action in a dispute over pay.

Should workers vote in favour of industrial action, strikes are expected to occur in July, causing major disruptions for travellers during the summer holidays.

And airport union Prospect’s general secretary Mike Clancy said the current chaos had a “really damaging impact” on holidaymakers and was unlikely to be solved by next month.

He told BBC: “It would be difficult to give anybody the confidence at the present minute, that we are going to be okay by the school holidays in July.”

Travel editor Rory Boland added: “We’re already seeing very long queues, widespread chaos at airports, huge stress for people planning to get away, and we haven’t hit the peak yet.”

Other airlines have reduced their capacity too.

Here is how to get compensation if your flight or holiday is cancelled. 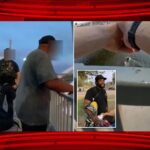 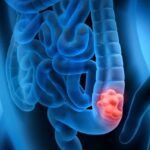 Doctors astounded as drug ‘cures every patient’ of bowel cancer