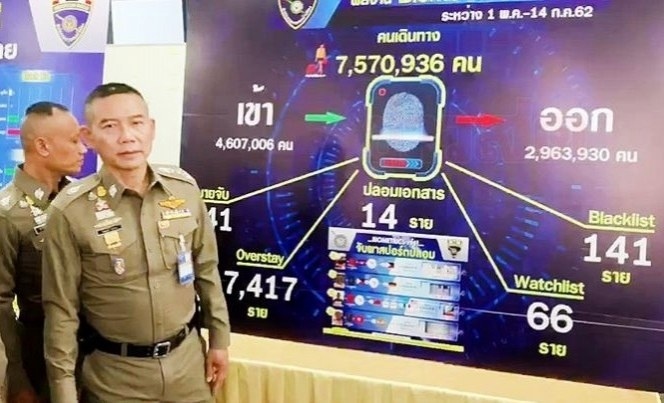 Using an advanced biometric system, 16 international airports in Thailand have found more than 1,000 people on blacklists and watch lists, over 45,000 who overstayed in the kingdom, and about 700 who have arrest warrants, Immigration Police chief Lt-General Sompong Chingduang said on Monday.

The biometric system can also translate information in a chip on a passport and compare this with facial features using UV and infrared light to see whether there are any differences to identify fake passports.

Recently, Thananat Siripiyaporn, an infamous billionaire groom who left his bride without allegedly paying wedding bills, was arrested at Don Mueang Airport after his arrival from Hong Kong. He has also been a fugitive in a fraudulent check charge since 1991.

A biometrics system is primarily a body and behaviour observation system to identify physiological characteristics by using fingerprint, palm print, voice, face recognition, DNA, iris recognition, retina, and signatures, all of which have been used by the US Central Intelligence Agency and the Federal Bureau of Investigation for the past 25 years.

However, the proficiency of this system depends on the commitment and collaboration of responsible offices including the police, immigration office, and the Justice Department to update and share their databases to make sure the system can identify a suspect even after he/she changes identity. 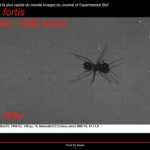 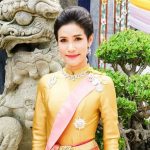