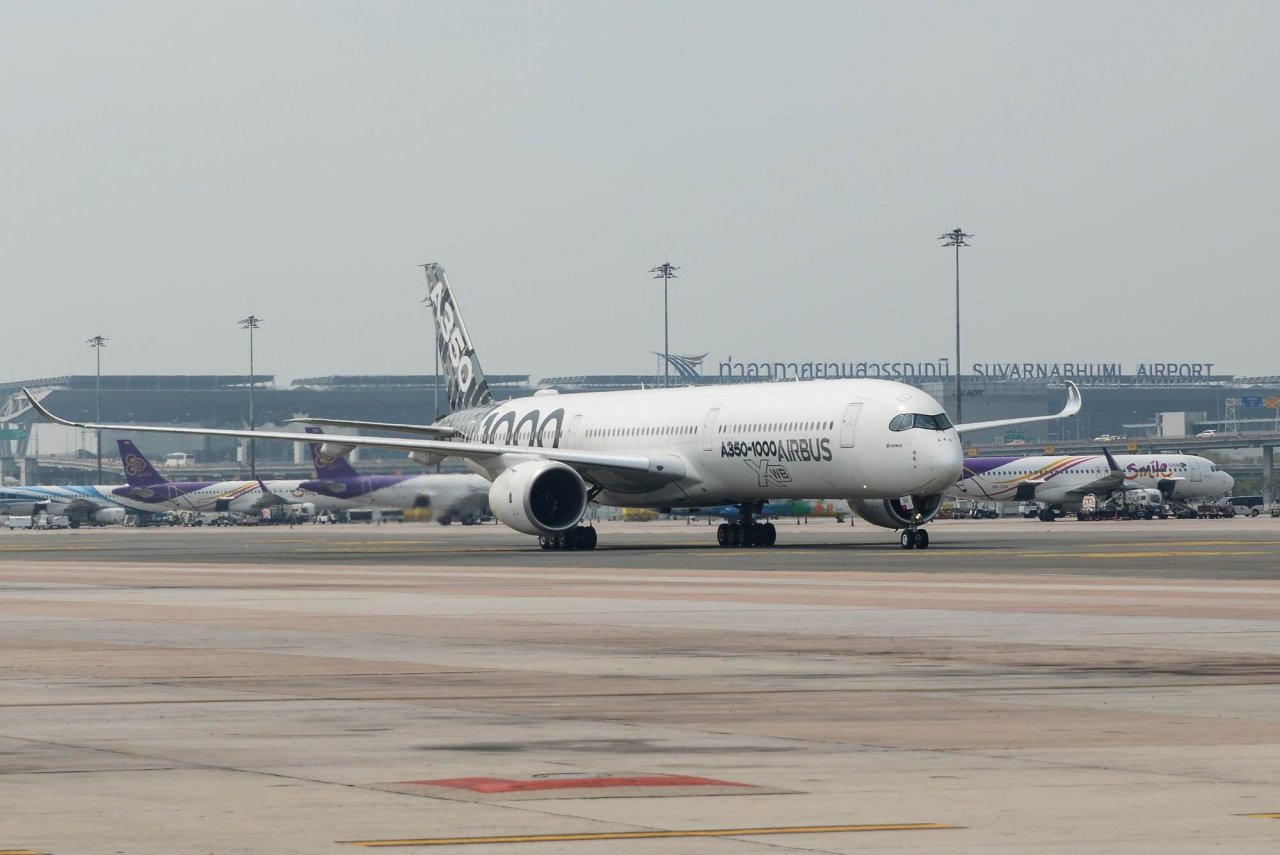 THE NEW Airbus A350-1000 has landed in Bangkok for the first time for a demonstration flight and a ground display.

Following its arrival at Suvarnabhumi International Airport, the aircraft took off for a special one-hour flight yesterday afternoon with representatives from the government, airlines, aviation authorities and members of the press on board. The jet’s visit to Bangkok is part of a three-week demonstration tour that is bringing the A350-1000 test aircraft across the Asia-Pacific region. The A350-1000 is Airbus’ latest and largest wide-body aircraft in the twin-aisle category. With a longer fuselage of seven metres, the A350-1000’s space in the premium cabin is 40 per cent larger than its smaller sibling the A350-900.

The A350-1000 can accommodate 366 passengers in a three-class configuration, featuring Airbus’ 18-inch-wide comfort economy class seats. It is a truly long-range aircraft with a flight range of 14,800 km at entry into service, enabling non-stop service from Bangkok to Europe or North America. With its airspace cabin, the A350-1000 offers the latest in cabin design and technology for the best passenger experience. Featuring a spacious and remarkably quiet cabin, the A350-1000 brings a new level of comfort and ambiance with the most modern entertainment service available in the air. The A350-1000 is showing high level of commonality with the entire Airbus product line and, in particular, with the A350-900, sharing 95 per cent of common systems, part numbers and same type-rating.

The A350-1000 features a modified wing trailing-edge, new six-wheel main landing gears and the more powerful Rolls-Royce Trent XWB-97 engines. As in the case of A350-900, the A350-1000 brings together the very latest in aerodynamics, design and advanced technologies for a 25 per cent change in operating cost, compared to aircraft of the previous generation The A350-1000 being displayed, MSN065, is one of the three Airbus A350-1000 test aircraft and is equipped with a fully functional cabin (40 business class, 36 economy plus class and 219 comfort economy class seats). The A350 XWB family has been especially successful in the Asia-Pacific region, where 14 major airlines have ordered a total of 287 aircraft, representing one third of the 854 orders recorded so far worldwide. 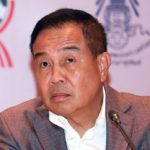 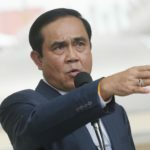