Home » Airbnb Is Offering A Round The World Trip For Just Over £4,000

If you like to travel the globe, but haven’t got unlimited cash to spend on it, this might be the deal for you.

Airbnb is offering an ‘around the world in 80 days’ journey that will see you head off to 18 different countries across six of the continents of the world.

Basically, everywhere but Antarctica – and who the hell wants to go there anyway, right?

The trip will set you back a grand total of £4,088. That includes flights, accommodation, and even some of the food that you’ll eat on your travels as well.

Well, here it comes. As with many things like this, there’s a catch. This time, it’s the fact that there are only six spaces available on the trip.

Yes, you’ve got to be very lucky if you’re going to make the final six for the trip, which commences on 1 September 2019.

If you want to go, you’ll have to book on one of two occasions.

The application dates are on the 26 June and 1 July respectively. You can do this here.

Taking their inspiration from the famous Jules Verne novel of the same name, the 12-week journey will both start and end in the UK capital, London.

Here’s a quick rundown of what you will see if you’re fortunate enough to go on this roundabout excursion.

During the first week, you’ll head along the ‘Silk Road’ – and ancient trading route – through countries like Romania and Uzbekistan, then it’s onto Egypt for week two.

Week three will take you to Jordan and into Africa to visit Ethiopia.

The fourth week will see the lucky passengers on safari in Kenya, before heading out to Bhutan and Nepal during their fifth week of travelling.

For week six it’s off to Thailand and China, before a week in Australia.

Well, it is in the middle of nowhere, isn’t it?

Weeks eight and nine will see travel between New Zealand, Japan, and the USA. Week 10 and 11 takes the intrepid explorers into South America to see Ecuador and Chile.

Then, the final week includes a jaunt out to Iceland, before heading back to London to finish.

This offer is also supported by charity The Malala Fund, set up by Malala Yousafzai and her dad, Ziauddin.

Funds raised for the journey will go to help young girls get a safe education. So, you get to travel and feel like you’re doing something good for others.

It’s been released to celebrate the launch of ‘Airbnb Adventures’, which sees travellers paired up with local hosts for unique adventures. 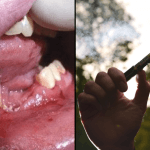