An Airbnb host has been charged after he allegedly spied on his guests having sex.

A Jay Allee, 54, is said to have recorded more than 2,000 videos and pictures of people staying at his cabin in Comfort, Texas.

The camera, discovered by a guest, was set up to look like a power adaptor for a wifi router, police said.

He found it after searching online for ways to find hidden devices while the woman he was staying there with was in the shower.

He said it was facing the bed but Allee told them he had set it up in order to watch the sunrise nude or in pyjamas.

Police examined the camera, laptops, a tablet and phones belonging to Allee and discovered that he had been recording people for a year.

They recovered 2,100 thumbnails of men and women at the cabin naked, half-dressed and having sex.

Bianca Zuniga-Goldwater, who is representing 17 of those who stayed at the Airbnb, described the situation as a ‘real-life scary movie’.

Allee was arrested in November and charged with four counts of invasive visual recording. He now faces 15 counts with lawsuits accusing him of invasion of privacy and causing emotional distress intentionally.

Nico LaHood, one of Allee’s lawyers, insists his client is innocent. He said: ‘He is looking forward to his day in court.’

Airbnb said: ‘The reported criminal behavior of this bed-and-breakfast owner is outrageous, and he and his property are banned from Airbnb.

‘Our law enforcement operations team has been working to support the Kendall County Sheriff’s Office in their investigation.’ 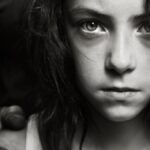 What is sexual violence? And why does it matter? 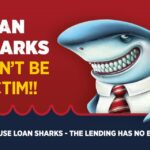