Home » After Taiwan soiree, Najib’s son went to Moscow for the World Cup 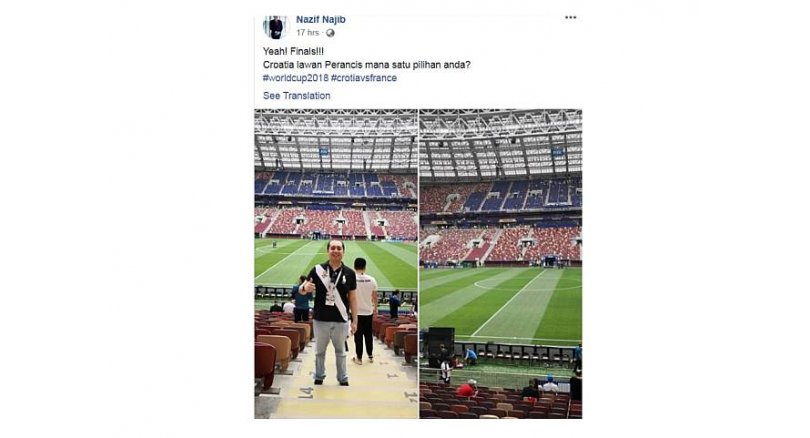 PETALING JAYA: Social media has been abuzz after Mohd Nazifuddin Najib , son of the former prime minister, shared photos of himself catching the World Cup final in Moscow.

Nazifuddin posted several photos of his time in Moscow on Sunday (July 15) when France beat Croatia 4-2 in the nail-biting final.

In one photo, he is seen posing with Zabivaka, the football-playing wolf who is the Russian World Cup mascot.

He posted photos of himself giving a thumbs-up at the Luzhniki Stadium and also shared a photo op with retired French international footballer Christian Karembeu.

“Yeah! Finals!!! Croatia against France, which is your choice?” Nazifuddin wrote.

On July 5, Nazifuddin set social media on fire after he was spotted wining and dining Taiwanese actress Celia Chang in Taipei.

Taiwanese portal Apple Daily said the pair was seen dining at a steakhouse and having a massage at a top luxury shopping district near Taipei 101.

The Secretary General of the Olympic Council of Malaysia’s jet-setting lifestyle has raised eyebrows as Umno grassroots supporters rallied to raise RM489,166 to help pay the RM1mil bail for his father, Datuk Seri Najib Razak, and for his legal fees.

A week ago before Nazifuddin’s trip to Moscow on July 10, Najib settled his bail after being charged with three counts of criminal breach of trust and another charge of abuse of power involving RM42mil linked to SRC International Sdn Bhd, a former subsidiary of 1Malaysia Development Berhad (1MDB).

While the family amassed enough funds to pay bail, Najib and his three children claimed that their bank accounts had been frozen in relation to the 1MDB investigation.

Mohd Nizar Najib took to Facebook lamenting that he could not pay his bills due to his account being frozen.

Najib, meanwhile, said he had only found out that his account was frozen when a personal cheque he issued to pay for his daughter’s medical treatment had bounced.

“The authorities need to realise that I am an ordinary citizen too. As the head of my household, I too have bills to pay, medical bills to attend to, and a household to run,” the Pekan MP said in a statement on July 11, claiming that he was a victim of a “draconian act” by the Government.

The Star has contacted Nazifuddin’s office for a response and is awaiting a response. 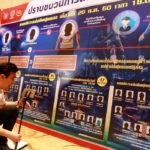 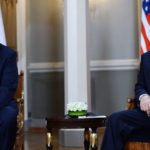