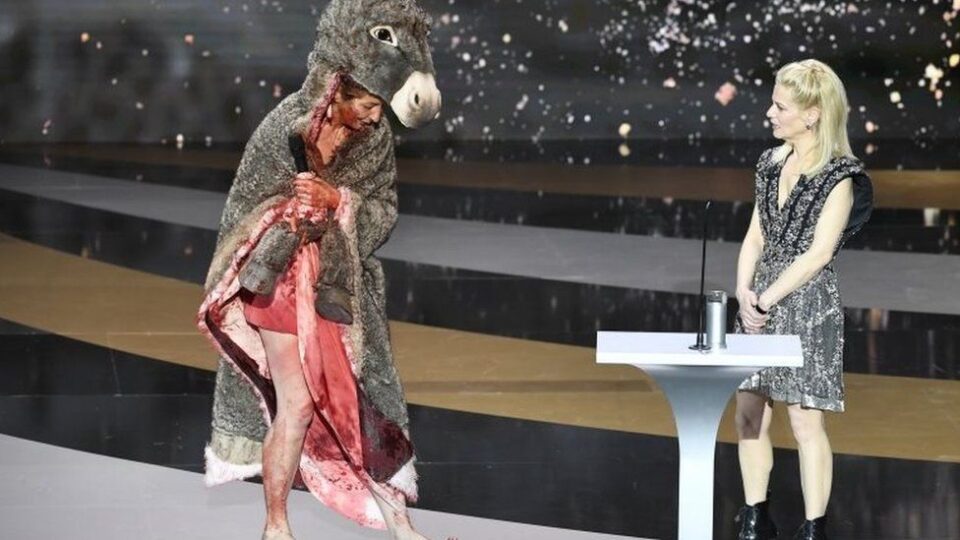 French actress protested naked at a César Awards dominated by demands the government do more to support culture during the coronavirus pandemic.

Corinne Masiero, 57, wore a donkey costume over a blood-stained dress before stripping on stage at France’s equivalent of the Oscars.

Cinemas have been shut in France for more than three months.

The film – which depicts a desperate search by a seriously ill woman for her child – won seven Césars, including one for the best director.

Best foreign film went to Denmark’s Another Round, directed by Thomas Vinterberg, which shows a group of friends trying to improve their lives by maintaining a permanent level of alcohol in their blood.

Masiero was invited to Friday’s socially-distanced ceremony to present the award for the best costumes.

But she shocked those present in the concert hall by stripping naked on stage to reveal the message “No culture, no future” written across her torso.

And appealing directly to French Prime Minister Jean Castex, Masiero had another slogan on her back which read: “Give us back art, Jean.”

Other actors and directors made similar demands during the show.

“My children can go to Zara but not the cinema… it’s incomprehensible,” said Stephane Demoustier as he accepted a screenplay award, referring to a high street clothes chain.

Last December, hundreds of actors, theatre directors, musicians, film technicians and critics, and many others from the world of French culture protested in Paris and other cities against the government’s shutdown of culture venues. 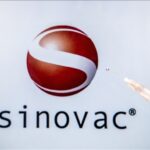 High risk group is classified as our second target group 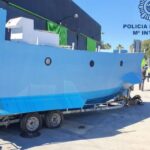