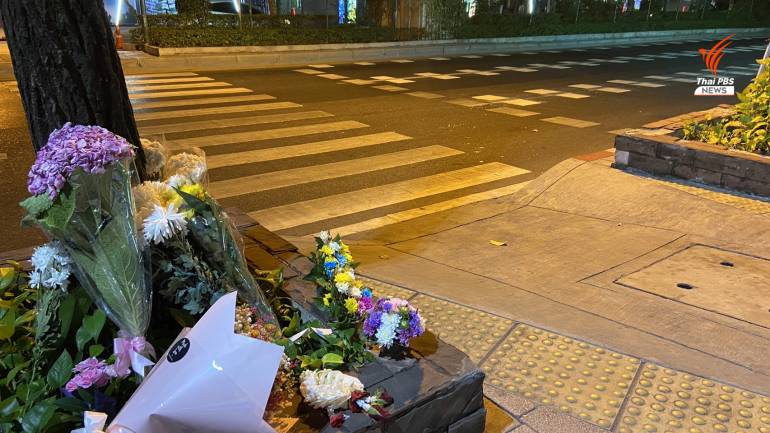 The tragic death of an ophthalmologist struck by a powerful motorbike while negotiating a zebra crossing in Bangkok has exposed deep-seated flaws in traffic law, its enforcement and motorists’ disregard for discipline.

The death of Dr Waraluck Supawatjariyakul, of the Faculty of Medicine at Chulalongkorn University, on Jan 21 at the pedestrian crossing on Phaya Thai Road in Ratchathewi district, sparked an uproar.

She was struck by a Ducati super bike ridden by an off-duty police lance corporal, Norawich Buadok.

But as with similar tragedies before it, many were concerned the hype surrounding the incident would die down before anything is done.

The accident touched a raw nerve as people struggled to make sense of the loss of life of a young doctor with a tremendous future ahead of her. At the same time, there was the irony of the guilty party being a law enforcement officer.

For Dr Thaejing Siripanich, there must be no more “letting it slide” in fatalities which occur within what is supposed to be a safe zone on the road.

The secretary-general of the Don’t Drive Drunk Foundation, one of the country’s staunchest campaigners for road safety, said people were paying lip service to road safety.

Still, the death of Dr Waraluck, which has drawn a response from wide sections of society, might achieve what his campaign has failed to do in almost 30 years.

“It could ignite an intense and sustained awareness among people about getting the road safety issue in order at last,” he said.

Public attention was also focused on the drama around Pol L/C Norawich’s ordination as monk to make merit for Dr Waraluck.

He was accused of attempting to use the monkhood as a pretext to delay facing a criminal investigation. The policeman attended Dr Waraluck’s funeral last week and left the monkhood the same day.

Dr Thaejing said he was mounting a zebra crossing safety campaign with a rabbit as its motto. “Rabbit” in Thai translates into kratai which is Dr Waraluck’s nickname. The rabbit motto was adopted with permission from Dr Waraluck’s family.

“Dr Waraluck’s father said he did not want his daughter to die in vain,” he said.

Dr Thaejing said he planned to kick off an awareness march from the spot where the accident took place, to be joined by victims who have suffered disabilities as a result of road accidents.

“Zebra crossings should double as kratai crossings as a tribute to Dr Waraluck. Drivers should think of her and stop at the crossings,” he said, adding rabbit flags will be visible at all pedestrian crossings.

He also will submit an open letter to Prime Minister Prayut Chan-o-cha calling on the government to declare Jan 21 as a national day for road accident reductions to mark Dr Waraluck’s death.

“Rabbits will be the symbol of safety on the roads,” he added.

Candidates for Bangkok governor and the incumbent governor will be invited to a public forum to spell out how they intend to make roads safer.

“Their words will be recorded. It will be a sort of a spoken contract. The candidate who wins the next gubernatorial election will be reminded of their promise,” he said.

Dr Thaejing said the traffic law explicitly states the punishments against drunk driving and not wearing helmets, for example. However, enforcing the law is another matter.

“We Thais know the law but we also try to sidestep it,” he said.

Motorists think they have the right to drive onwards while the law stipulates that pedestrians have overriding priority when using zebra crossings.

It is common to see pedestrians at zebra crossings wait for vehicles to pass before scurrying to the other side. “It’s people making way for the vehicles instead of the other way around,” he said.

The fine against motorists who violate pedestrian crossing safety, a maximum 1,000 baht, was a “slap on the wrist”.

Dr Thaejing said authorities would not lift a finger to deal with the problem unless they were forced to act.

His foundation has urged people take video clips of road accidents as evidence against wrongdoers. Owners of the clips are offered a reward by the foundation.

“If enough people take out their phones, record any motorists who refuse to stop at pedestrian crossings and post the clips on social media, I believe there will be fewer rule breakers.

“The indignation meted out on social media is more effective than punishment by the law. No one wants to be put on the spot,” he said.

Although he agreed with lifting the legal punishment for infringing the traffic law, he thought the suggested imposition of a maximum death sentence for flouting road rules causing death was too severe.

A minimum 12-year jail term should be handed down to motorists convicted of causing death at a zebra crossing.

The current penalty sets a maximum jail term for traffic-related offences at 10 years and those convicted are usually ordered to serve a few years in jail and their sentence is halved if they confess.

If after commuting the sentence it falls below five years, the person’s jail term may be suspended.

“A suspended jail sentence might not scare some people,” he said.

Nikorn Jamnong, deputy chairman of the House committee on transport, said the panel discussed with the RTPO on how traffic cases are handled and how police proceed with legal enforcement.

With the DLT, the panel asked about progress in pushing for a separate driver’s licence for big bikes.

The crux of solving the problem, however, may fall on the City Hall’s shoulders as it is in charge of improving zebra crossings in Bangkok.

The national committee on road accidents, meanwhile, is surveying pedestrian crossings nationwide to gauge their safety.

In Dr Waraluck’s case, police were checking the speed at which the Ducati was driven when it hit the doctor.

The House committee has advised the police to leave no stone unturned in their investigation.

Mr Nikorn said the speed limit may be different on some busy roads from the ceiling set for other roads. “There’s no doubt the limit set at 80km/hr can kill,” he added.

He was not satisfied with the BMA’s non-commital response when asked to install more automated pedestrian crossings.

The maximum 1,000-baht fine for disobeying the traffic signals has been amended, which will see the amount increase four-fold.

The amendment is due before the Senate tomorrow and the amended law is expected to take effect in July.

Turning to the big bike driver’s licence, Mr Nikorn said the issue may be more complicated than meets the eye.

The size of a big bike engine must be defined and details such as a driver’s physique may also be factor in granting a licence since they must be able to handle the vehicle.

The MP noted the big bike driver’s licence has been 18 years in the making.

Rung-arun Limlahapan, director of the office on social risk control at the Thai Health Promotion Foundation (ThaiHealth), said many offenders neglected to pay traffic fines after being issued electronic tickets for jumping red lights or overtaking vehicles in prohibited zones.

More people would be motivated to pay the fine if failure to do so had kept them from renewing their annual vehicle registration, she said.

Nowadays, technology has enabled doctors to instantly gauge the level of alcohol in someone who has passed out.

Waiting to perform the check after the person has regained consciousness would result in a drop in alcohol level, which in turn causes a lighter charge being pressed.

“Thai law is sound. Yet people ignore the law because they know there’s a problem with enforcing it,” she said.

He added it spoke of the general tendency of many motorists to violate the traffic rules by, for example, racing to beat the red light instead of slowing down.

Regardless of how innovative the zebra crossings may look, it would only be mere paint on the road if reckless drivers carried on ignoring them. 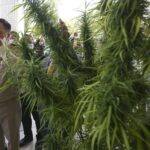