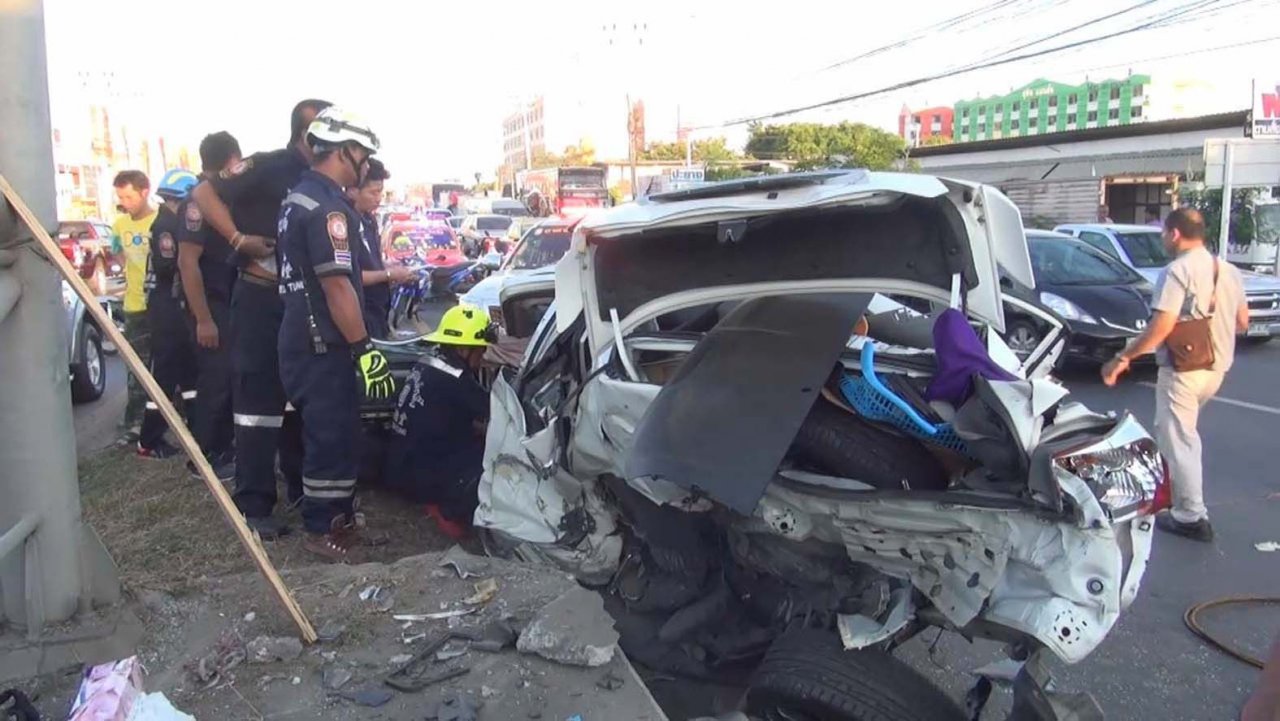 The first day of the week-long road accident monitoring period for the Songkran holiday from Tuesday to next Monday, saw 33 deaths and 420 injuries in 409 road accidents nationwide, according to the Road Safety Directing Centre.

The number of accidents on Tuesday increased while deaths and injuries decreased compared to the previous year’s Songkran first day with 52 deaths and 431 injuries in 387 crashes.

Chiang Mai had the most accidents with 18 cases, while Ubon Ratchathani and Nakhon Ratchasima had the most deaths with four each, and Chiang Rai had the most injuries at 17, the National Council for Peace and Order (NCPO)’s civil affairs office head Lt-General Thanes Kalpruek told a press conference yesterday.

Drunk driving was the most common cause of road accidents at 45.4 per cent, followed by speeding at 24.9 per cent, Thanes said. Most crashes involved motorcycles (77.8 per cent) and took place on straight stretches of road (65.2 per cent). While highways saw 36.6 per cent of accidents, rural roads saw 32 per cent. Most accidents (29.3 per cent) occurred between 4pm and 8pm. Almost half (46.3 per cent) of those who were killed or injured in accidents were of working age (20 to 49 years old), Thanes said.

About 63,000 officials manning 2,025 checkpoints nationwide arrested 93,564 motorists for violations – mostly for a failure to present a driver’s licence (27,081 cases) or failure to wear a helmet while riding a motorcycle (26,465 cases), he added.

As many people headed to their hometowns for Songkran, various Bangkok outbound highways saw higher volumes, while officers checked motorists to ensure they were following traffic regulations, including a requirement for all passengers in public transport vans and buses as well as those in the front seats of cars and trucks to wear seat belts.

Many travellers were also boarding airplanes and trains to reach their destinations. More than 180,000 travellers to domestic destinations were expected to pass through Suvarnabhumi Airport yesterday – a 5-per-cent hike from the same period last year.

In the deep South, the State Railway of Thailand (SRT) has set up a safety centre at Songkhla’s Hat Yai Train Station to augment security on trains and at railway stations from Hat Yai to the three southern border provinces of Yala, Pattani and Narathiwat, which will be functional from last Monday to next Monday, said SRT southern train operation center head Banhan Kobyayang. Deputy Transport Minister Pichit Akarathit yesterday inspected Hat Yai officials’ preparedness to support the higher number of travellers during the holiday. 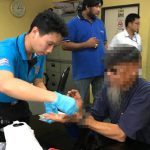 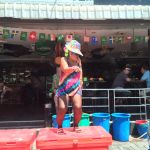