Home » Accidental Tourist: If I have a car accident in the U.S., can I sue if I live in Thailand? 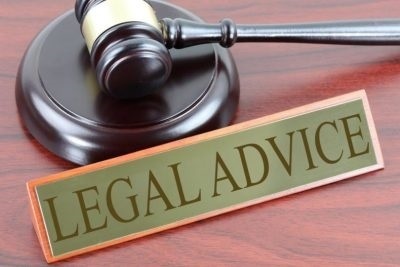 If I have a car accident in the U.S., can I sue if I live in Thailand?

During your trip to the United States, you will certainly be in cars as a driver or a passenger. By doing so, you are availing yourself to the risk of being in an accident. If you are injured in a car accident as a result of the carelessness and negligence of somebody else, you have the same right to compensation for your injuries and damages as a United States citizen. Here is a primer on how the U.S. legal system works in the event that you are injured in a car accident.

Every city, county and state in the United States has traffic laws. If a driver violates one of those laws and causes a crash that injures somebody else, that driver can be held liable for paying compensation to the victim for his or her damages. That compensation might consist of any of the following:

Every state has mandatory car insurance laws. Through their attorney, the injured person might deal directly with the insurer of the driver who caused the accident, injuries and damages. The insurer would pay the victim a specified sum of money as compensation for their injuries or damages, and the victim would release the driver who caused the accident from liability. That ends the claim, and the parties go their separate ways. If the injury victim and the other driver’s insurance company cannot come to a settlement agreement, the Thai citizen has the right to a trial with a judge and jury, the same as a U.S. citizen has. That creates difficulties in the context of time and money though.

Even if the injured Thai victim retained an attorney and filed a personal injury lawsuit a day or two later, it is likely that the case will likely take at least 16 months to work its way through the court system. The Thai citizen’s B-2 tourist visa is only valid for six months. Even if another six-month extension was applied for and granted, the extension is likely to expire before a trial date. American law requires the Thai citizen to be present at the time of trial. That would necessitate another trip to the United States. In fact, there are at least two other times before a trial when the Thai citizen would be required to be present for their case. Expect the insurance defense attorneys to make scheduling difficult and expensive. Travel costs for a litigant are not recoverable as a part of any verdict amount that a jury might award to a Thai citizen.

Although the law of negligence is similar in all 50 states, the laws involving claims and lawsuits might differ drastically. For example, if you are an accident victim in Tennessee, you only have one year from the date of that accident to protect your right to compensation by filing a lawsuit in court. If your accident occurred in Chicago, which is in Illinois, you have two years. If you fail to file your lawsuit within the deadline that a particular state has set, you lose your right to bring the case. A minority of states are also known as no-fault insurance states where the first $10,000 of damages might go undisputed. Different rules apply for a penny over that amount.

Although every state requires drivers to have liability insurance, many drivers disregard the law and drive without it. If you are injured by an uninsured driver, you might be covered by uninsured motorist insurance. In Pennsylvania, they have complicated Limited Tort vs Full Tort. You will want to speak with a qualified car accident lawyer from the state that you were injured in to determine if you had that insurance.

No law in the United States requires you to give a written or recorded statement to the insurer of the driver who injured you. Politely refuse to give one, and see a quality car accident lawyer as soon as possible after being injured in an accident. Nearly all quality car accident law firms in the United States will provide you with a free consultation and case evaluation. Take advantage of that opportunity and the legal advice that you will receive. 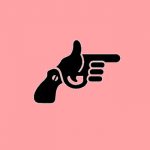 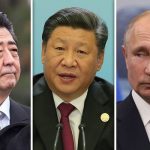