Studies have shown that up to 99% of Italian deaths caused by the virus have not actually been caused completely by the virus, but patients have had other medical problems which had a major factor in their deaths.

Studies into 355 deaths have shown that only 3 have died from the virus and had no pre-existing problems.

A staggering 48.5% had up to 3 or more other health problems even before they were infected with the virus.

Studies have also shown that another 25.6% of victims had other pathologies and 25.1% had just 1.

The studies have shown that persons with other medical problems are more likely to die if they catch the virus.

76.1% of the dead have had previous problems with high blood pressure.

Just over a 3rd had suffered from diabetes, while 33% had ischemic heart disease.

The research had also found that the average age of people that died was 79. 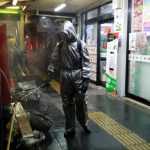 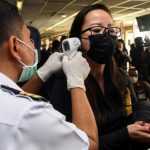