An 83 year old Thai man has died in a horrific road accident involving 4 vehicles close to the main Sukhumvit road in Pattaya.

The incident happened at around 10:00am on the morning of October 16th. Police and emergency services were quickly onto the scene to find a wreckage of the 4 vehicle incident. 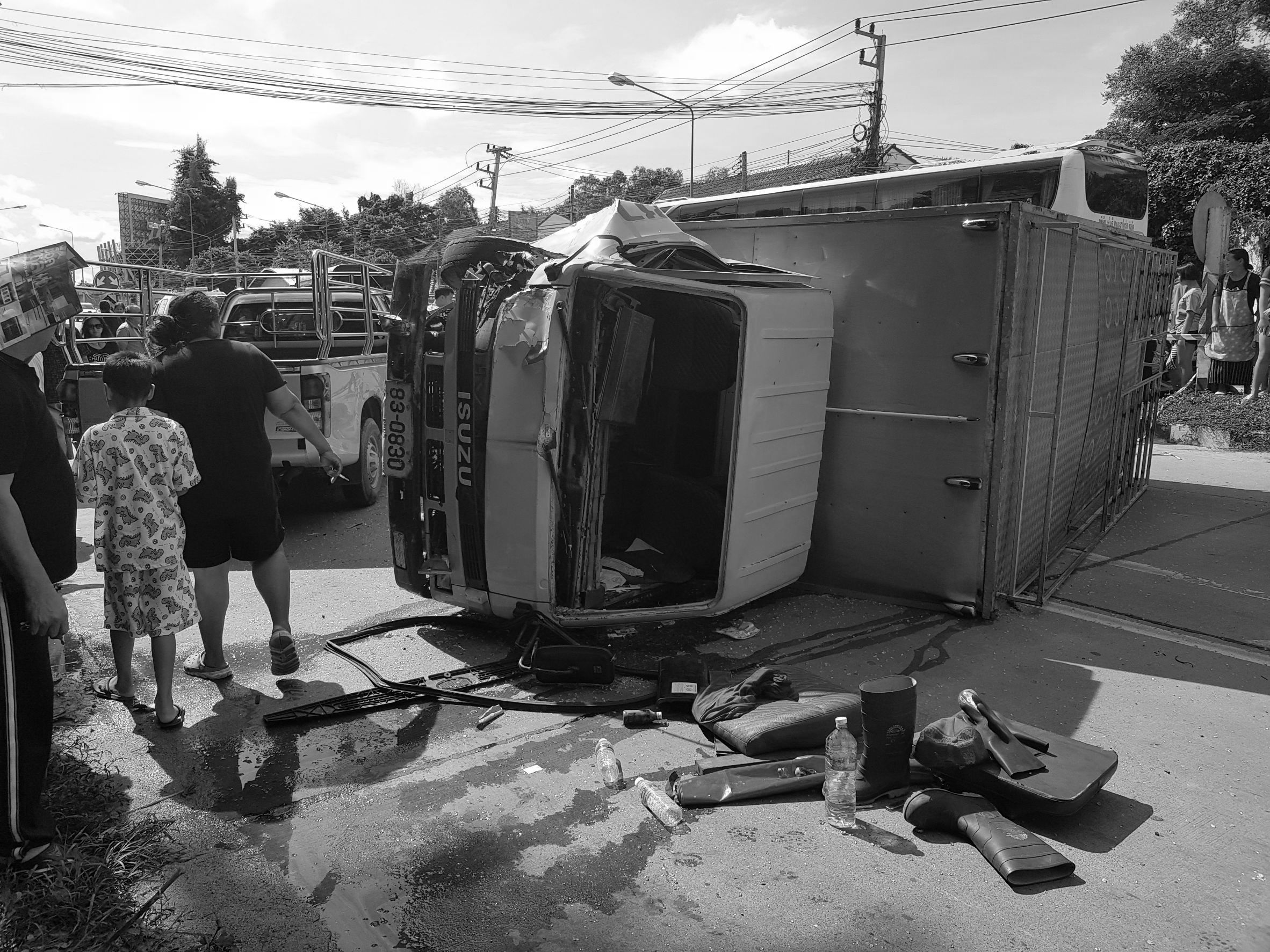 The accident had resulted in 2 people with bad, but not serious injuries, and 1 fatality. By the time the police had arrived, the traffic behind had built up to over a kilometer already.

The fatality was an 83 year old Thai man and police were greeted by his devastated wife, children and friends at the scene.

An eye witness to the incident told police that he had seen a Ice van travelling at normal speed when the victim, driving a motorbike suddenly pulled out in front of the van, leaving no chance to stop in time.

The van driver did his best to avoid the crash but it was too late, as was the case for a further 2 vehicles travelling behind the van.

It is believed that the 83 year old man died instantly on impact, which didn’t surprise anyone looking at the state of his bike, which had been totally destroyed.

The mess was cleared up as quickly as possible by the rescue teams, whilst the body of the victim was taken to a local hospital for a full postmortem.